Kia EV 6: an electric with up to 585 hp that accelerates like a racing car

Kia already has two electric models in its range, one built on the Soul, the other on the Niro. And the latter, with excellent performance. Well, without getting to make a blur and cu 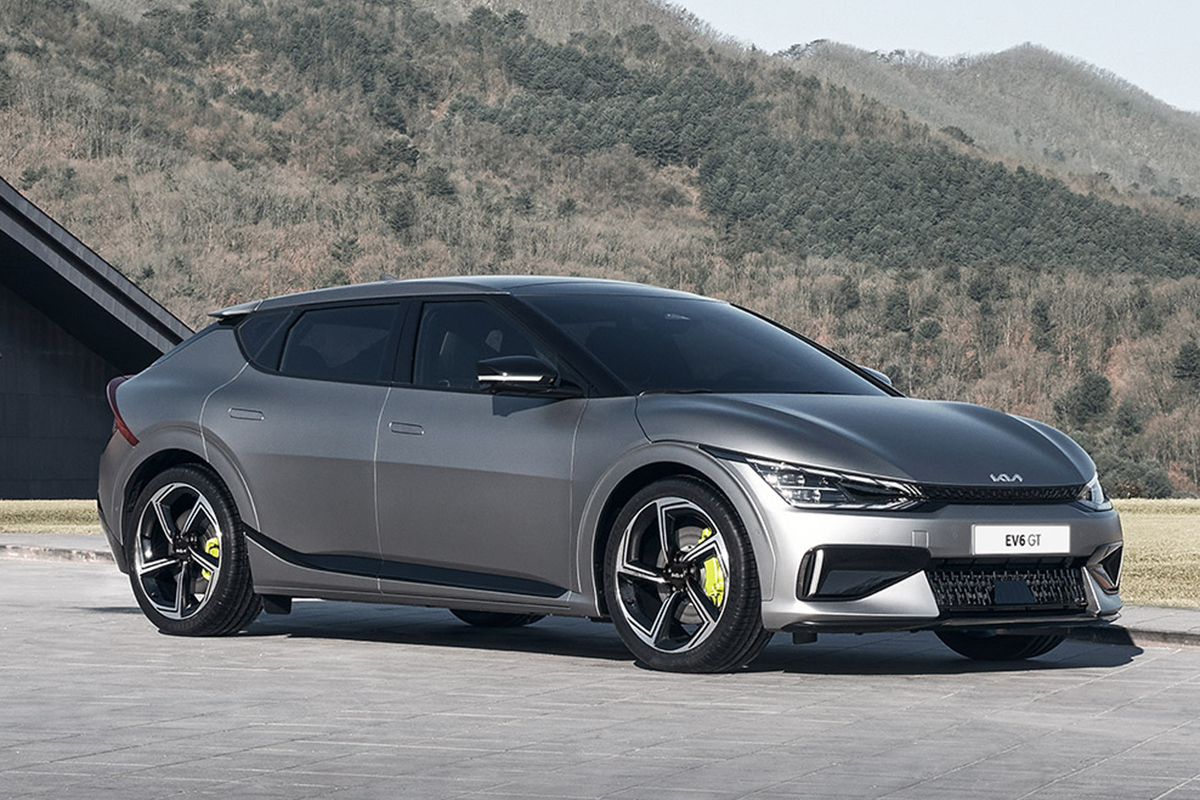 Kia already has two electric models in its range, one built on the Soul, the other on the Niro.

And the latter, with excellent performance.

Well, without getting to make a clean slate, it could be said that it almost put the locker to zero with the new EV6.

It is the first model to be developed from the start as 100% electric thanks to the dedicated E-GMP platform that is also used by the new Hyundai Ioniq family.

And another six EV models will follow, up and down so that the customer is clear where he is moving.

In addition, it will develop four other 100% electric models from existing cars.

Prices for Spain of the EV6 start at

Those who wish can buy, for 100 euros, a participation to sign up to a waiting list from which the first owners will come out.

But that money, which will be subtracted when the purchase is formalized, does not guarantee that we have reserved the car or that we will end up buying it.

According to the brand's website, the first deliveries will begin after the summer.

Here you can see more pictures of the car.

To define the style of its bodywork, the brand talks about features of many types of cars.

For simplicity, let's say it's a lower-than-normal SUV.

In fact, although it has very personal elements, such as the way in which the rear and rear three-quarters have been resolved, its image is very reminiscent of that of the Jaguar i-Pace.

And that's quite a compliment.

In fact, it traces its measurements almost to the centimeter, which place it like a medium-large car: 4.86 meters long, 1.88 meters high and 1.55 meters high.

With the wheels positioned at the ends, the battle shoots up to 2.90 meters (nine cm less than in the British model and 10 than in the Hyundai ioniq 5).

It is one of the advantages of using a specific platform for electricians, with the batteries on the ground as a sandwich and a much more compact and lightweight motor.

Kia says that allows it to offer the interior space of a large SUV (it was one of the premises of its development) and it is not short of a trunk either.

Well, to carry, it takes up to two:

the conventional 520-liter in the rear and another in front that cubes between 20 and 52 liters,

depending on whether it is a rear-wheel drive version or AWD all-wheel drive.

The dashboard is in line with the dominant trend:

two large 12-inch digital screens each (for instrumentation, another for everything else) are enclosed under the same curved glass

so that everything is more visible to the driver, who will also have a head up display with augmented reality that projects information onto the windshield.

Part of the passenger compartment has been built with sustainable materials, so that it is not just clean in motion:

has been used in the seats

With the acceleration of a 'dragster'

One of the great strengths of the EV6 will be its mechanical offer, since the customer can choose between two batteries

, three finishes (the normal, GT Line and GT) and, depending on the combination of these variables (not all are possible), a range between recharges from

The jewel in the crown is the spectacular EV6, with its dual 585 hp engine, limited slip differential and all-wheel drive to accelerate

It is a spectacular figure, although it must also be recognized that several Tesla models lower it ...

In addition, the enormous torque and the linearity in the delivery of that force allow it to outperform top-level sports cars, as can be seen in the video that heads this news.

and only a Mclaren 570S manages to defeat the Korean model.

Along the way, they are left with a Porsche 911, a Lamborghini Urus or a Mercedes AMG GT, among others ...

Loads up to 350 kWh and 'donor' of electricity

The comparison with the premium brands is also relevant because the EV6 is one of the few electric, along with the Porsche Taycan, the Audi e-tron GT and its 'cousin' Hyundai Ioniq 5, capable of recharging its batteries to 800 volts without any type of adaptation.

That means that it can be

in the case of the variant with greater autonomy, in this case the rear-wheel drive with the larger capacity battery.

As is already known in the electrics that Kia has for sale,

the driver will be able to select the intensity of the system that recovers energy in the style of a gearbox with paddles on the steering wheel,

from the fact that it does not provide any retention to enough so that the car stops with lifting the accelerator pedal.

What is known as one-pedal, highly recommended for moving around the city, although in some cars you have to get used to how much the car brakes.

There is also an automatic mode

in which the vehicle adapts the retention depending on the traffic or road situation.

Another interesting gadget that is becoming more and more common is that it also has V2L technology, basically a bidirectional charger with which you can 'donate' part of the battery's electricity to recharge another car or power external devices.

For example, a 55-inch TV and an air conditioner continuously for 24 in a row.

The Spanish range has three finishes.

The normal or Basic EV6 is the one that starts at 46,450 euros (without public aid to the purchase) and among its equipment stands out the double curved screen of 31 cm (12.3 "), the navigation system with Kia Connect,

and like the basic ones, the first units should arrive after the summer.

In the case of the brutal GT, we will have to wait another year.

and, to the endowment of the previous ones, it adds its own design, 'smart' front lights, retractable handles, 21-inch wheels, sports seats with integrated headrest and premium sound equipment that, among other functionalities, artificially reproduces the roar of a sports car engine

the brand will give them a gift card with 300 euros, valid for one year, to recharge at any station in the KiaCharge Ionity network.

Mobility Endesa covers the first phase of its plan by installing 2,000 charging posts in the 50 provinces of Spain