Hasselborg: "There is no World Cup ghost"

Two World Cup silvers - but no gold. Will the full match for team Hasselborg in Canada come in a few weeks? - There is no ghost, says Anna Hasselborg. 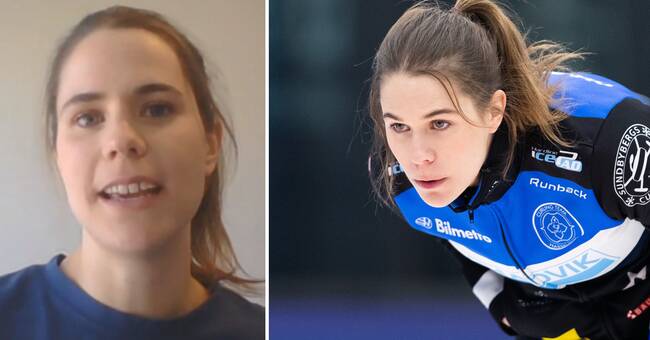 The Swedish curling star was a guest in SVT's "Weekend Studio" on Sunday and emphasized that there is a big difference between the two World Cup silvers that her team has taken so far, in Canada 2018 and Denmark 2019.

- They are in completely different ways.

The first was right after the Olympics which was an incredibly special World Cup to play and the last silver was perhaps the sourest.

It was a well-played match but we did not have the last stone in the final round and could not decide for ourselves, says Hasselborg about the loss against Switzerland in Silkeborg, 7-8.

Team Hasselborg has won both Olympic gold and double European Championship gold and is one of the favorites ahead of the World Cup in Calgary at the turn of the month April-May.

- I hope that we will be able to put ourselves in a situation where we have the decision in our own hands and a chance to take gold.

That is the dream, says Anna Hasselborg.