I competed in "Just Once", but the new record in the competition?... The class of 18-year-old swimming genius Hwang Sun-woo!

18-year-old swimming genius Hwang Sun-woo won the overwhelming championship in the private medley that "just once" participated. He competed for a refreshment, and even set a new record in the competition. 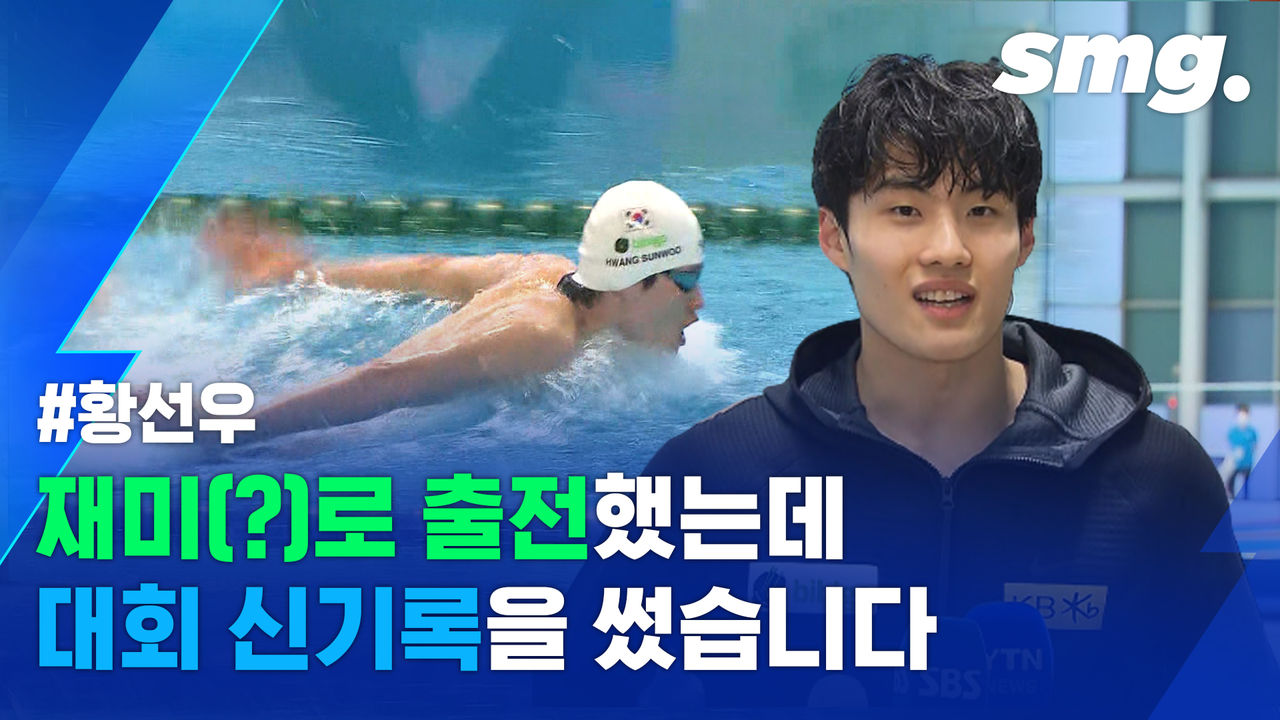 18-year-old swimming genius Hwang Sun-woo won the overwhelming championship in the "Just Once" private medley. He competed for a refreshment, and even set a new record in the competition.

Hwang Sun-woo participated in the 11th Gimcheon National Swimming Competition held at the Gimcheon Indoor Swimming Pool in Gyeongbuk on the 31st of last month. On this day, I participated in the 200m individual medley instead of the freestyle 100m and 200m, which are the main sports. Hwang Seon-woo showed off the role it is hard to believe that he had challenged him for the first time. It was a different race with a record gap of more than 10 seconds from the second place group. Hwang Sun-woo reached the top with a new tournament record, just 0.46 seconds behind Park Tae-hwan's Korean record.

Hwang Seon-Woo won the championship by setting a new record in 48 seconds and 48 in the 100m he played the next day. In addition, I received the International Swimming Federation's accredited record certificate for the freestyle 200m 1 minute 45 seconds 92 record established in November last year. It is the first world record accredited certificate in the history of Korean swimming.

I participated in "Just One Time", but the story of Hwang Sun-woo, who set a new record in the competition, was captured in 〈Sports Mug〉.