Sweden gets a chance for Olympic revenge on Denmark

Sweden's handball masters get a chance for revenge on Denmark after the loss in the World Cup final. The countries were drawn against each other in this summer's Olympic group game. The Swedish ladies will face, among other things, the reigning World Cup silver medalist Spain. 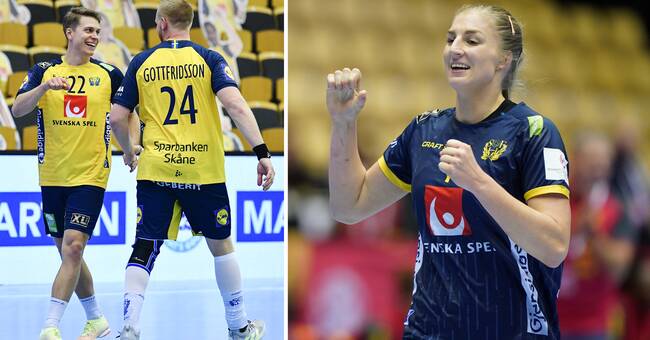 For the third Olympics in a row, both of Sweden's national handball teams have qualified.

In advance, it is above all the men who make the medal jump, not least after the surprising World Cup silver earlier this year.

In that case, it is first and foremost to be among the top four in the initial group game, where Glenn Solberg's team is set against Denmark, Portugal, Japan, Egypt and Bahrain.

This gives you already in the group stage the chance to take revenge on the Danes, who became too hard a nut to crack in the World Cup final.

In addition to Denmark, the group looks affordable for the Swedish part.

The second group is more of a wasp nest with heavy nations such as Norway, France, Germany and Spain.

Sweden starts the Olympics with a match against Bahrain.

Fighting for the medals should be a given goal for the men, who became clear for Tokyo after winning their Olympic qualifying group before Germany, Slovenia and Algeria.

The expectations of the Swedish handball ladies are somewhat lower.

- It is clear that we will go to make as good an Olympic game as possible, but we know that there are many, many good nations that may have slightly higher ambitions than we have with some given medal favorites, said Sweden's national team captain Tomas Axnér to TT after the successful Olympic qualifier earlier in March, when Sweden cruised against the latest World Cup silver medalist Spain and clearly won against Argentina.

Other opponents will be the Russian team, Hungary, France and Brazil.

A disadvantage for Sweden was that it was in the same seeding group as Japan.

After the first five teams in the groups were drawn, Japan, as the host nation, had to choose which group they wanted to end up in. And then they preferred group B with the Netherlands, Montenegro, Norway, South Korea and Angola.

The Swedish Olympic troops will be taken out later this spring.