Luis Enrique's list for the Eurocup: 22 'fixed' and a goalkeeper

&amp; quot; You don't have to be very smart either, &amp; quot; the national coach said to a journalist when he asked him who were the 10 that were missing. And it all came from the fact that the ... 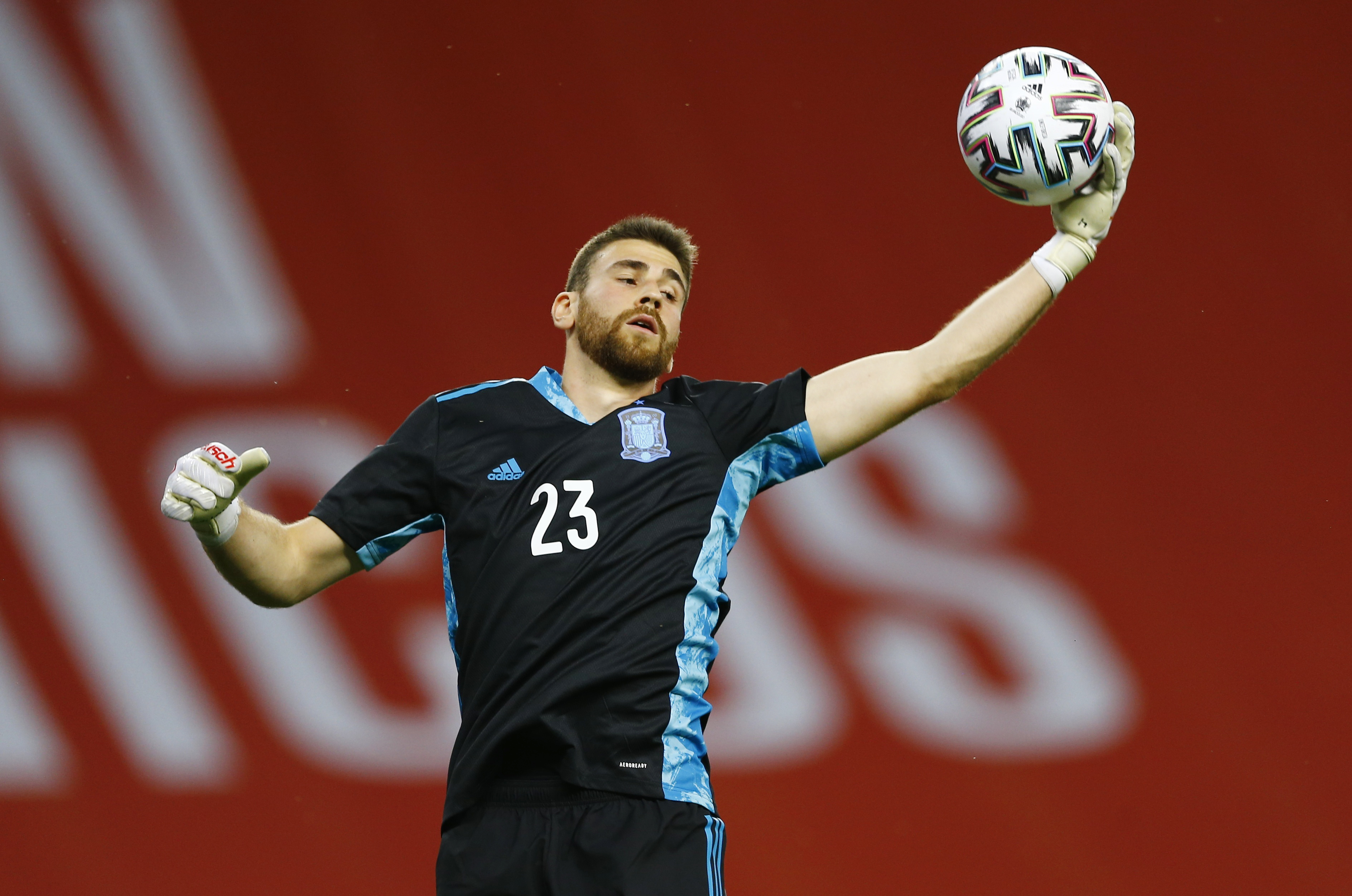 "You don't have to be very smart either," the national coach said to a journalist when asked who were the 10 that were missing.

And it all came from the fact that

had said that the list of 23 for the Euro, which will be known in May, will come out of the one that has given for this window of three games and "10 more players."

Who are those 10 players?

What real options do they have to enter?

Before that, it is convenient to reflect a fact: since the return of the coach (September of last year) there have been four citations, and there

are 12 players who have been in all

, so it is not difficult to imagine that these 12 are fixed for the coach.

There are others, in addition, that if they have not been in all it has been due to injury, with which they can also be understood as safe values.

And then there is a small group that, due to various circumstances, will also go.

Better to see it line by line.

Although the Manchester United goalkeeper began playing, since the Amsterdam match in November, it is Athletic's one who seems to have convinced the Asturian coach.

The last six games have been for him, and that is very significant, although at the time it also seemed that De Gea was untouchable.

"It reaffirms me more," Luis Enrique responded on Wednesday about whether Unai Simón's rude mistakes (Kosovo's goal and some other less important episode) made him doubt his bet.

So it seems clear that the Basque goalkeeper will be the starter in the Euro.

The third goalkeeper position is open, with a preference for

, although the fact that he does not play gives options to others such as

, Roma goalkeeper, or even a proposal as exotic as

, unpublished in minutes in these three matches.

Along these lines, injuries have prevented any more safe value from existing.

For example, one who, except for injury, is going to be in the Eurocup yes or yes and who would have been in these games if he had not been precisely injured is

, the Villarreal central defender, a long-lasting partner of Sergio Ramos in the central zone of the defense.

Gayá and Eric García are also untouchable for the coach if they are healthy, so, if there is any doubt, which does not seem many, it is that of the central quarter, that of the two right backs and that of Gayá's companion in the left, assuming let them go two per position.

For the right backs, it is the injuries that have weighed down

, who start with all the ballots, although

also has some option

The central quarter will come from the couple

, with the slight advantage for Iñigo of being left-handed.

On the left side, today the competitive position for Gayá seems assured for

, but we shouldn't lose sight of

), in the same way that brilliant appearances have changed the coach's plans.

An example of the latter is

It seems difficult to imagine today a national team without the Barcelona footballer.

, since since his return in the November clashes, he has become important in Luis Enrique's plans.

, whose emergence, and versatility, seem to guarantee him a gap among the 23. The number of players who participate in the team creation area, depending on the forwards, could also make one or the other enter.

For example, Thiago and

are two players very much liked by Luis Enrique, but there seems to be no room for everyone.

Assuming that Busquets and Rodri will go, then the list is immense: Thiago,

, Merino, Koke, Llorente ... If there are eight midfielders, they will all go, but if not, someone will have to get off the train.

And that's forgetting some names that have passed through here like

Again, health problems have prevented a more considered footballer from being a permanent player.

The two extremes, that of City and that of Leipzig, are undoubted bets, and more so seeing that the goal passes largely by both of them.

It is not fixed, because he was not in the first appointments, but

(starter in the three games just finished) grants him such a condition for the Eurocup except for a spectacular downturn in Juventus.

At his side, another who has also been seen little this week and who is very much liked by Luis Enrique is

In this area of ​​the field there are other names that at the moment should not be forgotten, although they have it very difficult.

The most striking is that of

, whose history with Luis Enrique is curious.

In the first citation of the Asturian in his first stage, back in September 2018, Aspas was not there.

Diego Costa fell, was Aspas and was a starter at Wembley, receiving the praise of the Asturian.

However, in that second stage he has not called him once, despite being the top scorer in Spain.

is another of the names to take into account for his qualities, without a reply in any other Spanish footballer.

has options for that very reason.

Thus, a bet with a view to succeeding (in the absence of the third goalkeeper) would be:

Luis Enrique does not seem to either.

Soccer World Cup 2022Luis Enrique: "The one in Greece is the best game of my career on a defensive level"