The torch went out on the first day of the torch relay! The Tokyo Olympics can't stand the toss anymore 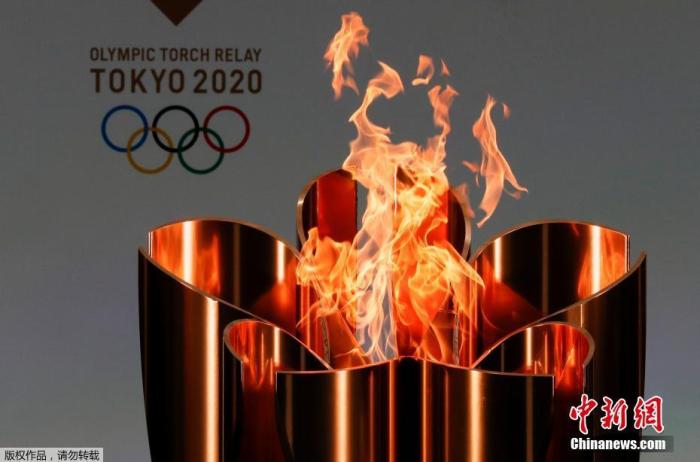 The torch relay of the Tokyo Olympic Games officially launched today has another flameout accident.

On the morning of the 25th, local time in Japan, the departure ceremony of the torch relay for the Tokyo Olympics was held at the J-Village National Training Center in Fukushima Prefecture.

For the sake of epidemic prevention and control, the ceremony adopts a non-audience format.

According to Japanese media reports, the torch was accidentally extinguished during the torch relay in Tomioka Town. Although the relay was temporarily suspended, it did not cause much trouble. The torch was quickly reignited.

The on-duty torchbearer said, "It scared me when it went out, but fortunately, I will re-order it immediately."

The extinguishing of the torch is reminiscent of this time last year.

In early March 2020, the Tokyo Olympic flame was collected at the Hera Temple in Olympia, Greece, and was transported to Miyagi Prefecture, Japan by a transit flight on the 20th of that month.

However, at the welcoming ceremony, when the staff transferred the fire to the holy brazier, a strong wind blew on the scene. The holy fire was accidentally extinguished during the handover and was reignited after about 30 minutes.

Although the organizers took emergency measures such as impromptu performances to buy time for the rekindling of the torch, it was still difficult to alleviate the embarrassment at that time.

At the welcoming ceremony, the torch of the Tokyo Olympics was unexpectedly extinguished

Fortunately, apart from this episode, the Tokyo Olympic torch relay started smoothly, and everything was carried out step by step in accordance with the booking process.

Olympic torch relay ambassador Ishihara Rimi and Taguchi Aki jointly lit the holy brazier. Despite the resignation of famous players such as Kawasumi Nahomi and Sawaho Nozomi, the other members of the Japanese women's football team completed their mission as the first torchbearer.

The torch relay of the Tokyo Olympics officially begins.

At this time, 370 days have passed since the Tokyo Olympic flame arrived in Japan.

Rimi Ishihara and Aki Taguchi lit the sacred brazier together

Since the Tokyo Olympic Organizing Committee has previously issued a torch relay epidemic prevention guide, there is no crowd gathering on both sides of the relay route. Most of the time, only scattered crowds are onlookers, and people take out their mobile phones to take pictures from time to time.

During the live broadcast, the communication process between the torchbearers and the staff could be heard clearly. This slightly monotonous scene was quite different from the lively scenes of the past few Olympic torch relay ceremonies.

However, for the Tokyo Olympic Organizing Committee, which has been rolling in various uncertainties for more than a year, the "step by step" at this time is already invaluable.

The prospect of the Tokyo Olympics is still not very clear, and it really can't stand the toss.

In the past year, the postponed Tokyo Olympics has always been a hot topic of public opinion, and a series of chain reactions triggered by it have become high-frequency words in the online world.

Today, with only four months left before the opening, although the Japanese government and the Tokyo Olympic Organizing Committee have repeatedly reiterated their optimism about the success of the Olympic Games, the discussion about whether the Tokyo Olympics can be held on time has not yet subsided. .

For any global event that requires years of preparation and preparation, such a state of history is rare.

At the moment when the Olympic torch passed, although Tokyo and the 3 surrounding counties lifted the state of emergency on the 22nd of this month, the number of new confirmed cases of new crowns in Japan in a single day is on the increase; Olympic qualifying games for multiple events The dust has not yet settled, and the organizers and participants are racing against time; the final version of the Tokyo Olympics epidemic prevention manual will not be released until June. The first version of the 32-page Olympic Action Guide will take time to update. More perfection and refinement...

The external pressure is not small, and the Tokyo Olympic Organizing Committee is not worrying.

Following Yoshiro Mori, the former chairman of the Tokyo Olympic Organizing Committee, the former Tokyo Olympic Director Hiroshi Sasaki also resigned a few days ago due to improper remarks, and some related work has to be reconsidered.

In Japan, there has always been a voice that hopes that the authorities will focus on people's livelihood rather than the Olympics.

The latest polls show that 40% of the people still hope that the Olympics will be cancelled.

From the perspective of players, for athletes who have exhausted all their preparations in the past five years, especially veterans who have gritted their teeth, if the Tokyo Olympics finally come to naught, it will be a "cruel" result that cannot be accurately described.

From a different standpoint, one will naturally draw different conclusions about whether the Olympic Games will be held or not.

The torch relay is an opportunity to twist people's hearts into a rope, and it is also a key node for building momentum around the world.

According to the plan, this pass will spread to 47 prefectures and prefectures in Japan in 121 days. The Tokyo Olympic Organizing Committee will organize various activities along the way to inspire enthusiasm for the Olympics and boost confidence from all walks of life.

Starting today, the National Arena, the main stadium of the Tokyo Olympics, is eagerly looking forward to the arrival of the torch.