National team: This is how Löw plans the future for the time after the EM

What does national coach Löw do if the EM is postponed again due to the corona pandemic? There were suspicions that he would then reconsider his departure from the national team. Löw has now cleared up with that. 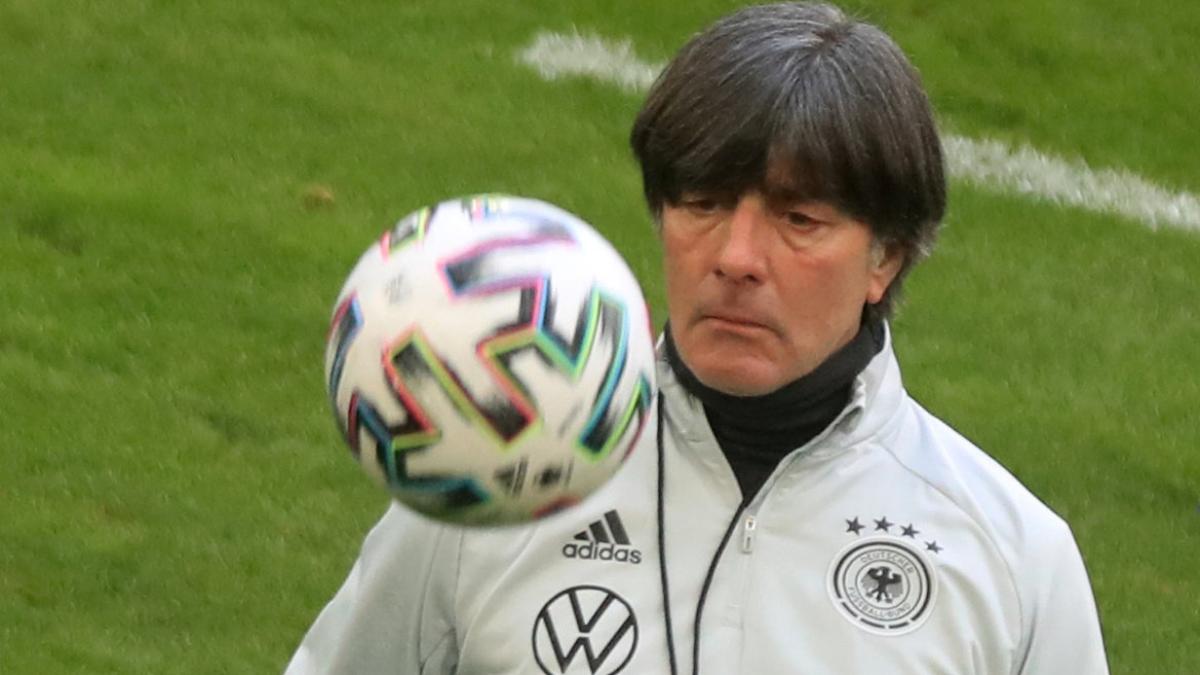 Joachim Löw is staying with his farewell in the summer, even if the European Football Championship would have to be postponed again due to the corona pandemic.

“Not next year,” said the national coach about the scenario, which he does not consider realistic.

He assumes that the European Championship will take place from June 11th.

"It would not be a goal for everyone involved," said Löw.

Two tournaments in one year are inconceivable.

The next World Cup will take place in Qatar in 2022.

Before the start of the international match in 2021 with the World Cup qualifier against Iceland on Thursday, Löw will not concern himself with his personal future until the end of the European Championship.

“To be honest: I don't know what's going on with my advisor.

I don't want to hear anything.

I told him I didn't want to be confronted with anything until the European Championships, ”said the 61-year-old in Düsseldorf on Wednesday.

This also applies to the time up to and during the European Championship.

“For me: full concentration on the EM, full focus.

That's the only goal I have after the international break: EM!

Until then, I will definitely not have any discussions, ”explained Löw.

Reports of inquiry from Turkey from Fenerbahce

According to Turkish media reports, Fenerbahce Istanbul wants to ask Löw whether the national coach can imagine a comeback in Turkey.

It will be talked about, it was said at "Aspor".

Löw was already a coach at Fenerbahce Istanbul in the 1998/99 season, and then also coached Adanaspor in Turkey.

In Spain, Löw was also associated with Real Madrid a few days ago.

It is “unthinkable” for Löw, after 15 years as national coach, “to leave the tournament and flip the switch the next day”.

To take on another task immediately was "honestly not possible," said the Black Forest native.

Löw is asking his players to react to the most recent 0: 6 embarrassment in Spain at the start of the international match year 2021.

"We don't just want to start the World Cup qualifying with good results, we want to show ourselves positively to the fans after we got out of the year very badly in November," said the national coach one day before the home game on Thursday (8.45pm, in the sports ticker of the WELT) in Duisburg against Iceland.

"I expect a reaction from the team that we will throw everything into the balance," emphasized Löw.

Not only the football accents should come into play.

The team should "also show that fighting and running, that we are a passionate team that fights doggedly for a win".

For Löw, only the tournament in summer counts.

"We can no longer be considerate," he emphasized before the international three-pack against Iceland, Romania and North Macedonia.

"Now it's time to score points and to practice as well as possible, to get three wins and to lay a foundation," he said.