Oskarshamn took a historic victory - won away against Malmö

Oskarshamn had never won against Malmö on away ice - until today. Nolan Zajac became a great match hero when he put 3-2 in overtime. 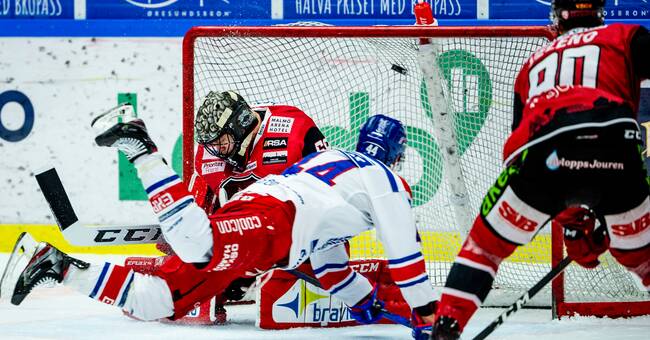 Malmö had lined up eight victories in a row - which is close to the club record.

Tonight, in the meeting with bottom-placed Oskarshamn, the team had a chance to break the record.

"Win at any price"

Markus Modigs gave Oskarshamn the lead in the second period.

But that leadership did not last long.

- The puck has to go there.

We will win at any price, says Modigs to C More before the decisive period.

This is because Oskarshamn is second to last in the table.

When half of the third period was played, Malmö's points king Pathrik Westerholm would make his 32nd point this season.

That when he put the puck in the net and gave the home team a 2-1 lead.

And when everyone thought that Malmö's victory was secured, Lance Bouma won 2-2 - with only 32 seconds left in the match.

In extra time, Nolan Zajac would set the decisive goal, 3-2 to Oskarshamn.