Despite the successful debut in the WRC. Olivier Solberg, 19, will not drive the next World Rally Championship. "Unfortunately I will not drive in Croatia," he told the Wermlands newspaper. 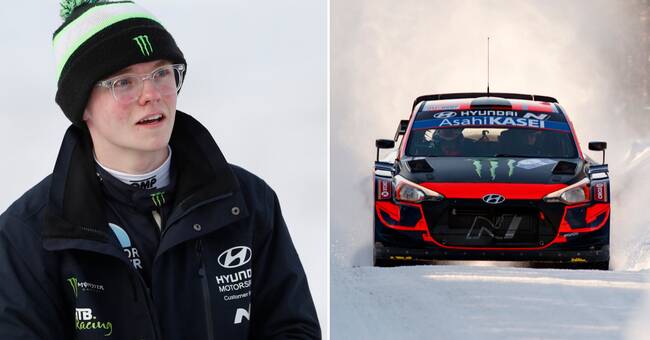 Oliver Solberg was successful with a seventh place in the WRC debut in the Arctic Rally in Finland.

- This is unbelievably good, what a ride.

He has fun and it releases immediately, it's too good to be true, I do not understand it, said SVT's expert Jonas Kruse during the broadcast.

But the next World Cup rally, which will be run on April 22-25 in Croatia, the 19-year-old Swede is not with.

He starts neither in WRC2 nor the WRC class.

And Solberg himself is secretive.

- There are a lot of plans for the future, he says to Wermlands-tidningen.

According to the recently signed two-year contract, with Hyundai's factory team, the plan is for Solberg to invest in becoming world champion in WRC2 this season - and take the step up to WRC the following year.

But Hyundai's stable manager Andrea Adamo said earlier in March that Solberg will be allowed to run more World Cup races in the WRC already this season.

The question is only when.

- I will not tell you how many rallies there will be, because then you will start stressing me with interviews in the middle of the season and ask when the next rally will be for him and things like that, Andrea Adamo said.

CLIP: Expert commentator lists: why Solberg was successful in his WRC debut (February 28)

That is why Solberg was successful in his WRC debut Photo: SVT