When the World Cup ends in Östersund, Stina Nilsson makes her debut in the biathlon world cup. In the two races she has ridden, she has become 26th and 22nd. - Fantastically good. She has really done a fantastic job, says national team captain Johannes Lukas in SVT's Winter Studio. 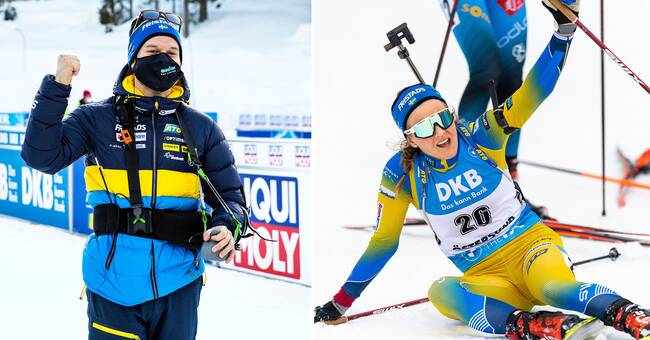 - It was not easy, with the wind and everything.

This is very new to her.

That she can handle the situation shows that she is a competitive person.

She has raised her level, says Lukas.

What will be most important for Stina to continue to develop in the same way?

- I think we have learned a lot about the basics of shooting and safety on the dike.

Now you have to have a lot of focus on skiing as well, not just shooting focus.

In the track, Stina Nilsson has not stuck out as much as some had expected.

In her World Cup debut, she has not been the fastest Swede on the track.

- She obviously has the opportunity to develop skiing.

This summer there was a lot of focus on shooting and she also had a fracture in her elbow.

It was not a perfect training year if you think physically.

It's not just about putting on the rifle and going fast in the biathlon world, says the league captain.