Washington drove over Buffalo - went on the eleventh straight loss

Buffalo is having a hard time in the NHL. Last night, the team that has several Swedes, including Rasmus Dahlin and Victor Olofsson, went on their eleventh straight loss. 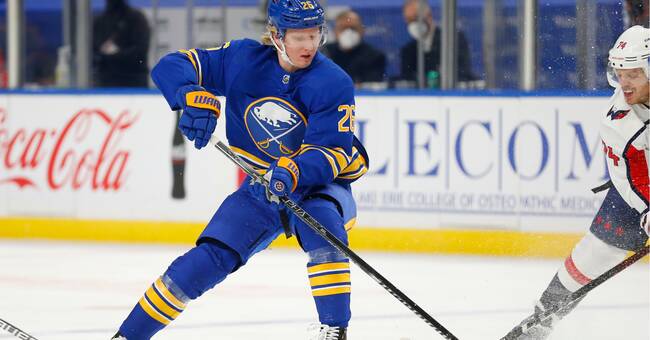 Buffalo had a tough night at home against strong Washington and fell 0-6.

The guests led 1-0 before the second period where they really pulled away.

Nicklas Bäckström scored his eleventh goal of the season when he, assisted by TJ Oshie, was able to put in a close 2-0.

Washington had two more goals in the middle period and two more in the last period.

Among other things, Carl Hagelin assisted to the 5-0 goal.

- The result is obviously extreme.

We did not perform this match as we would have had to do against Washington, says Buffalo coach Ralph Kruger at the press conference after the match.

Buffalo is now starting to slip behind in the table.

They are last in the East Divison with 16 points, four points behind New Jersey.

- It is difficult to find energy right now when you have to fight and things do not go our way at all.

But we have to find energy because no one can turn this around except us, says Buffalo's assistant captain Sam Reinhart