Stina Nilsson makes her debut in the World Cup

Stina Nilsson makes her debut in the biathlon world cup. She gets the chance at home in Östersund this weekend. 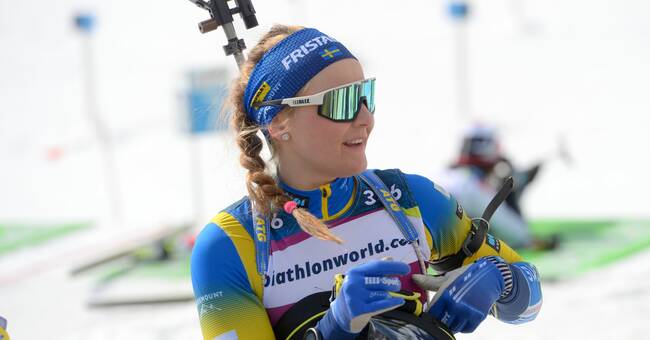 The Biathlon World Cup ends this weekend in Östersund and now Sweden has presented the squad that gets the chance this last weekend.

It is largely the same squad that has competed the last two weekends in Nove Mesto, Czech Republic.

But a name stands out.

Stina Nilsson gets the chance for the first time in the World Cup.

- Stina has shown good riding form, especially the latest IBU cups and we believe that it is important for her development to have the chance to both train and compete with the best in the world, says head coach Johannes Lukas in a press release.

It has been almost a year since Stina Nilsson, then a cross-country skier, came with the message that she is changing sports to biathlon.

During the past year, she has had time to compete in both the IBU Cup (the level during the World Cup) and the European Championships.

After a tough start, things have gone a little better for Nilsson, but she has not sat properly yet.