Forsberg on Zlatan's return: "One of the best in the world"

Zatan Ibrahimovic is back in the Swedish national team. Fantastic for Swedish football, thinks Emil Forsberg. - He is still one of the world's best strikers, says Forsberg to SVT Sport. 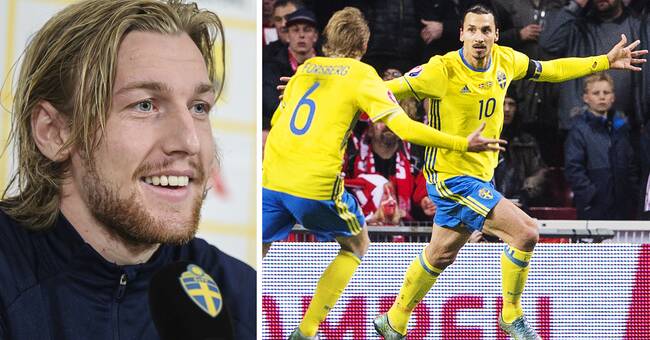 It was during a press conference earlier on Tuesday that the national team captain Janne Andersson presented his national team squad that will play World Cup qualifiers against Georgia and Kosovo, as well as a friendly match against Estonia.

He is positive that 39-year-old Zlatan Ibrahimovic is making a comeback in the national team.

- It's great that Zlatan is back.

He is a leader who will lift us all up.

Fantastic for Swedish football, in my eyes he is still one of the world's best strikers, Forsberg says to SVT Sport.

Zlatan Ibrahimovic has been injured for some time, but is expected to be in Milan's squad when they face Manchester United in the return match in the Europa League on Thursday.

The first meeting in England ended 1-1.