Sweden ready for the Olympics in Tokyo

Sweden's handball masters play the Olympics in Tokyo. It is clear after a clear 32-25 victory in the must-win match against Slovenia. With the smallest possible margin, a pitiful goal, Blågult also fixed a simpler group in this summer's championship. 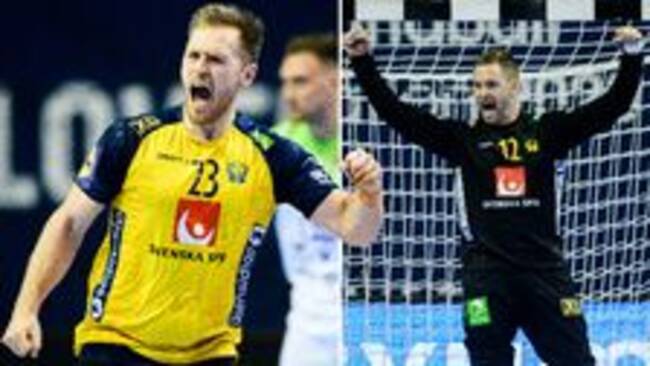 Sweden, which took a silver medal in the World Cup earlier this year, was pressured to play a draw or win against Slovenia in the last qualifying match to secure the Olympic ticket.

The Swedish team kicked off the match and goalkeeper Andreas Palicka, who missed two Olympics, was brilliant.

Slovenia never really came close and in the end it was a clear victory with 32-25.

Niclas Ekberg, who was not in the WC, was the best goal scorer with his seven goals.

- We show from the first attack that we are there today.

With the victory, Blågult went undefeated through this weekend's Olympic qualifiers where it was a draw against Germany (25-25) and a win against Algeria (36-25).

With a goal margin, Sweden wins the group before Germany and gets a slightly simpler group in the Olympics where twelve teams settle for the medals.