Round 20 of the Emirates League: Insane matches and 3-team competition

Round 20 of the Arab Gulf Football League did not witness any change in the lead, which is still a share of Al-Jazira, after it narrowly beat Hatta outside the stadium with a goal by Ali Mabkhout to raise his score to the 44th point. Bani Yas regained the lead less than 24 hours before reaching Sharjah. To her, after that h 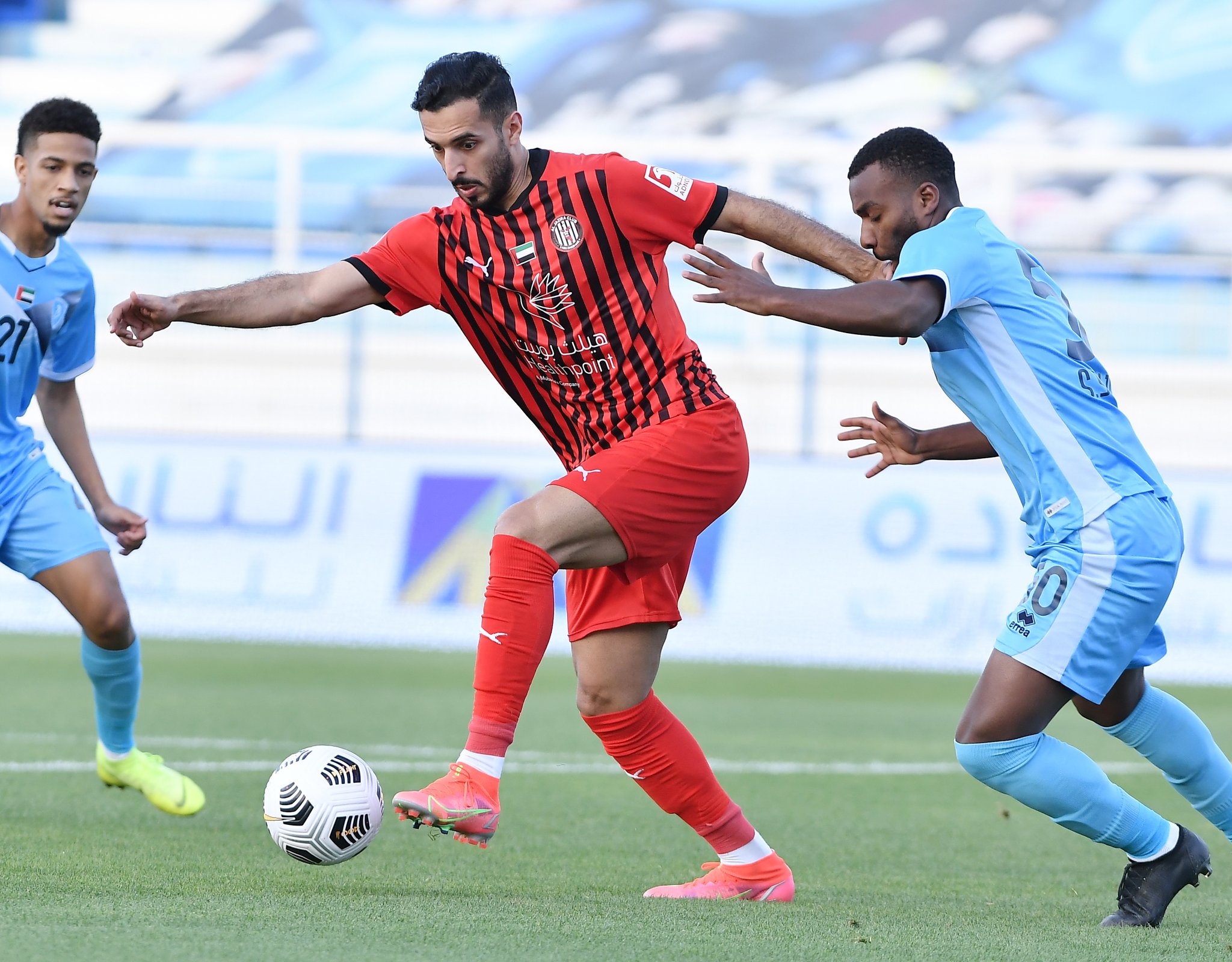 Round 20 of the Emirates League: Insane matches and 3-team competition

Round 20 of the Arab Gulf Football League did not witness any change in the lead, which is still the share of Al Jazira after it narrowly won against Hatta outside the stadium with a goal by Ali Mabkhout to raise his score to point 44.

Bani Yas regained the lead less than 24 hours before reaching Sharjah For her, after winning a dear 3-2 victory over Al-Nasr, after a crazy match, its first hero was the leader of Al-Samawi, Fawaz Awana, who scored the winning goal at a deadly time from the age of the match, preserving the difference of the two points that separate them on the island.

Sharjah returned to its glory, and was able to achieve a big victory over its guest Khor Fakkan 5-1 to keep the point difference that separates it from the leaders, as it is at four points.

Al-Nasr's position did not change despite the loss from Bani Yas, as it remained in fourth place after its balance was frozen at 36 points, and moved away from a big step from the competition.

Al Ain approached entering the golden square with its big victory over Al Wahda 4-0 to raise its score to 34 in sixth place, equal to Shabab Al-Ahly, who still maintains the fifth place with the same balance of points.

Al-Ahly youth wasted the opportunity to advance a step towards the Golden Square after falling into a draw against their host Ajman with one goal each, which is the tenth tie for "Dubai Knights", in the league championship and the second in a row.

Al-Wehdah retreated a place in the general ranking table after losing to Al Ain, to occupy the eighth place, behind Al Wasl, and each of them has 29 points.

Ittihad Kalba moved away in ninth place, far from its closest follower, Al Dhafra, after it beat it 2/1, to keep the latter in tenth place, with a score of 20 points.

Khorfakkan remained in the 11th place with a score of 18, after his big loss from Sharjah.

The map of the struggle to stay between the trio Ajman, Fujairah and Hatta did not change, as Ajman retained the 12th place, after a 1-1 draw with Shabab Al-Ahly, which is the result that the Fujairah and Al-Wasl match ended, bringing their score to point 11, but Fujairah remained in the 13th place by a difference. Direct confrontations with the orange, and Hatta ranks last with eight points.

Round 20 saw 23 goals scored, bringing the total of the league's goals to 434 goals in 140 matches that have taken place so far.