4 Strong gazes from the eye hurt the unit ... the return blow is stronger than the going

Al Ain continued its preference over Al-Wahda in the Arab Gulf Football League this season, and beat it with four goals, without charge, today, Friday, at Al Nahyan Stadium at the end of Round 20. Al-Zaeem also succeeded in winning the first leg with an unanswered goal. Via Togolese, reggaeton 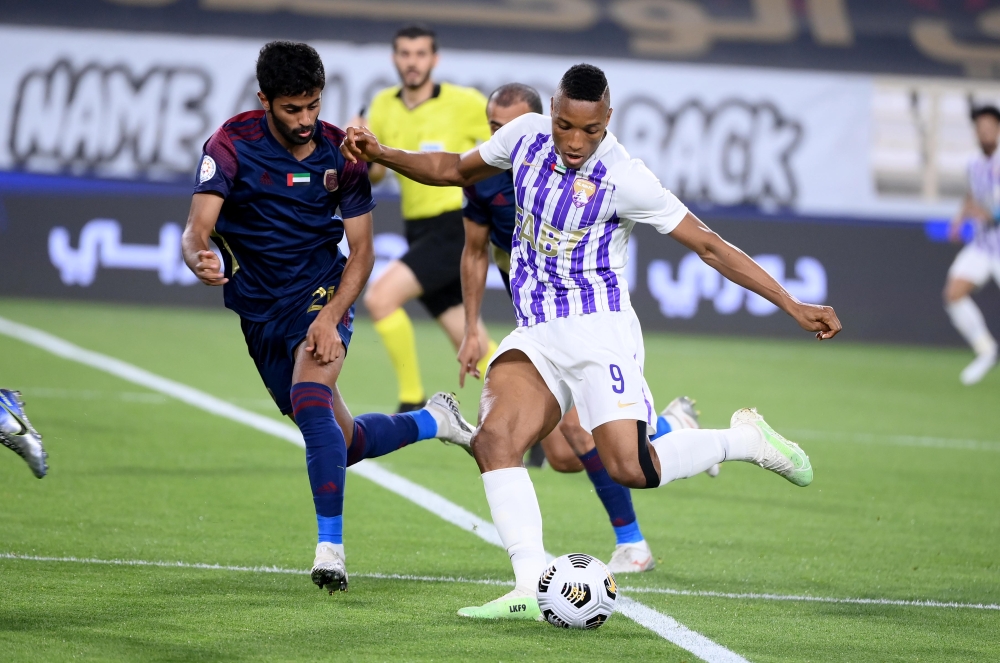 4 Strong gazes from the eye hurt the unit ... the return blow is stronger than the going

Al Ain continued its preference over Al-Wahda in the Arab Gulf Football League this season, and beat it with four goals, without charge, today, Friday, at Al Nahyan Stadium at the end of Round 20.

Al-Zaeem had also succeeded in winning the first

Al Ain advanced through the Togolese, Laba Kodji (10), then Cayo strengthened his team’s progress by adding the second goal (15), and Khaled Al Balushi added the third goal (32), and Kodjo concluded the goals of Al Ain (89).

Al-Ain raised its score to 34 points and approached the golden square, after losing Al-Nasr from Bani Yas, 3-2, while Al-Wehdah's balance froze at 29 points, to retreat to eighth place.

Al-Ain dominated the course of the first half in light of the host's retreat, and the leader found things easy for him as was expected, so he took advantage of the error of the offensive formation that Al-Annabi coach, Serbian Razovic threw, and took advantage of the defensive gap in the middle of Al-Wehda Stadium, to pass Khaled Al Balushi, the ball of Benet deep into The defense of the owners to Laba Kodji, who in turn dodged Ahmed Rashid, and easily placed the ball in the net, giving his team an advantage over the score.

Before the unit woke up from his coma, Al Ain succeeded in adding a second goal from a distinguished individual effort made by Bandar Al Ahbabi from the right and distributed a cross to Caio, unmarked, to turn it into the net, despite Ahmed Rashid’s attempts to clear the ball.

The unit did not have any effective response after the two goals, and remained unable to reach Khaled Issa's goal, due to the defensive organization of Al Ain led by the Japanese Shotani, which prevented Ismail Matar from being alone in the goal.

The leader's counterattacks were dangerous, especially by Bandar Al-Ahbabi, who took advantage of the defensive loophole of the unit on the left side, and succeeded in making the third goal from a ball similar to the second goal, paving the ball to Khaled Al-Balushi, who rushed from the back to the front to double the suffering of their Excellencies.

Al-Wahda rose up with his most dangerous opportunity at the start of the second half through captain Ismail Matar, who followed a ball away from Khaled Issa, so he played it and the goal was empty of his goalkeeper over the crossbar.

The leader showed the red eye to Al Wahda one minute before the end of the match, taking advantage of the poor positioning of the defense and scored to the right of Al Shamsi.