It is illegal to give Swedish Olympic stars vaccine priority

Some athletes get sour cream while others can hope for WHO's help. The issue of vaccines has become a hot topic ahead of the Tokyo Olympics - and divides the sports world. But giving the Swedish squad priority is not relevant - it would have been illegal. 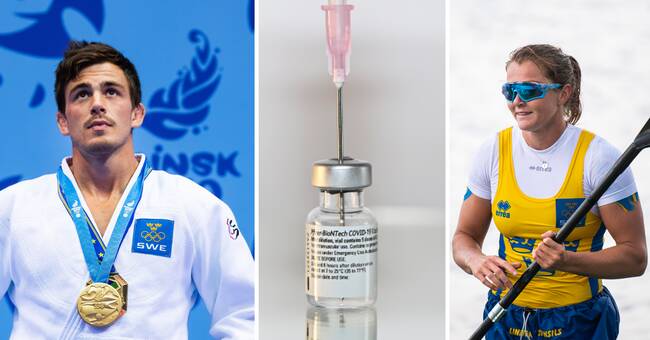 - It is incompatible with Swedish law to claim that you should take the lead, says Niklas Juth, associate professor of medical ethics at Karolinska Institutet and co-opted member of the delegation for medical ethics at the medical association.

But the view of preference for the vaccine against covid-19 differs.

Some countries are earmarking doses for their athletes: Hungary is in the process of vaccinating its squad, Serbia has the same goal and in Israel - which is a world leader in vaccinating its population - athletes should be fully vaccinated by May, reports the site Inside the Games.

Among the first to claim sour cream was the Canadian Dick Pound, an outspoken member of the International Olympic Committee (IOC), who expressed that athletes should be allowed to lead the vaccination queue.

An impossibility in Sweden.

Here, everyone - athletes or not - has to wait their turn, emphasizes Associate Professor Niklas Juth, who refers to the Health and Medical Services Act and the current order of priority, where priority is now given to, for example, the elderly and care staff.

The star refuses to get vaccinated

Vaccination is taking place in Sweden, but in a number of countries it will not be possible to do so in the foreseeable future.

The International Olympic Committee (IOC) and the WHO have launched a joint vaccination project to try to ensure that Olympic athletes in poorer countries also have access to the vaccine before the opening of the Olympics on 23 July.

There are currently no vaccination requirements to participate in Tokyo, but the IOC urges anyone who can to get vaccinated.

The willingness to vaccinate, however, differs among competitors.

One of those who refuses vaccines is the Jamaican sprint star and double Olympic gold medalist Yohan Blake.

How does the Swedish troupe reason?

- If we do not have to, I will probably still consider taking it, you do not want to get sick just before, says canoeist Linnea Stensils.

Tommy Macias, who competes in the 73-kilo class in judo, does not hesitate.

“Since I travel quite a lot with my sport, there is a big, or at least a greater chance that I will be infected and take it home.

That is why I think it is my duty to vaccinate to make society safer. ”

he writes in an email to TT.

Normally, the willingness to vaccinate is high in the Swedish squad, according to Peter Reinebo, operations manager at the Swedish Olympic Committee, who looks back to the Winter Olympics in Vancouver 2010 when the swine flu was rampant.

- We set up a couple of vaccination options for our squad and made it easily accessible.

95 percent of the winter squad got vaccinated.