Kläbo after losing the gold: "Frustration and anger"

Johannes Hösflot Kläbo is deprived of the victory and thus loses his World Cup gold in the five miles. Now he speaks. "I must be honest, there is a lot of frustration and anger", he writes on his Instagram. 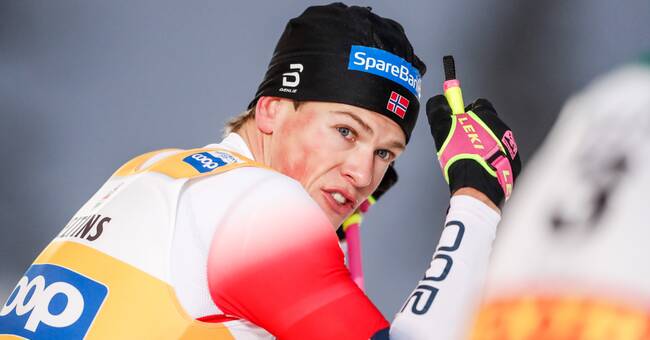 It was a dramatic riot today where Alexander Bolshunov and Johannes Hösflot Kläbo hooked each other.

Bolshunov's staff was broken, Kläbo took gold - but after the jury took a closer look at the incident, the Norwegian was deprived of the victory.

This means that he will lose his World Cup gold in the five-mile race, even though Norway will file a formal appeal.

"This feels like the toughest day of my career.

I felt in shape and that I was in control during the race.

You can see what happened and judge for yourself ", he writes and continues:

"I must be honest, there is a lot of frustration and anger over the race today.

I have never felt so prepared for a competition and my ambitions were high.

Kläbo, who was washed, is now trying to look ahead.

"I am careful to say what I think right now, but I am very disappointed with how Fis handled the situation and with the jury's decision," he writes and continues:

"Right now everything feels dark, but give me some time and I'll be back."