Drama on the hunt for the title: why Iversen's victory after Klebo's disqualification is the worst result of the incident with Bolshunov

The men's 50 km race at the World Ski Championships ended in scandal. Three-time Olympic champion Johannes Klebo crossed the finish line first, but was disqualified for a collision with Alexander Bolshunov, after which the gold went to Emil Iversen, and the Russian got silver. RT explains why Iversen's victory is the worst thing that could have happened to cross-country skiing at the World Championships. 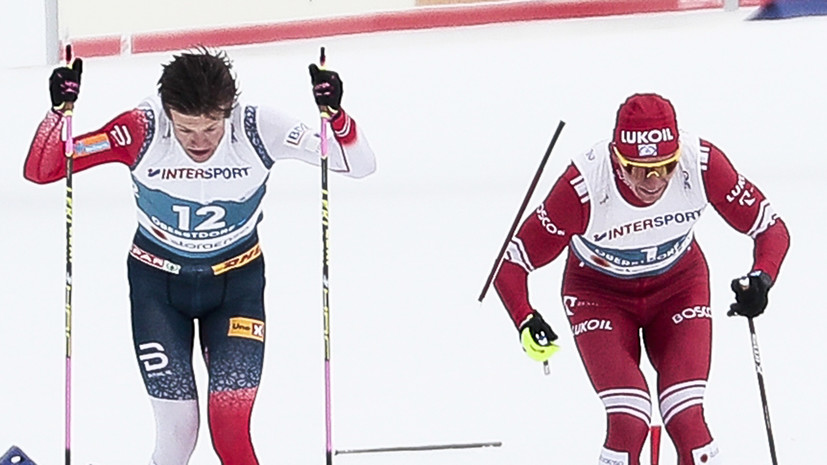 Marathon is a special race.

The point is not even that in the program of major competitions it is the last and more firmly in the memory of eyewitnesses.

Rather, it is that victory in this type of program is much more difficult than all the previous ones: by the last day of almost a two-week tournament, most athletes have neither the strength nor the desire to fight.

At the same time, there is probably no Norwegian who would not dream of a marathon victory.

The reason for such a reverent attitude to the longest race of the main starts was explained to me long ago by the eight-time Olympic champion Björn Daly.

He said briefly: “Whoever wins the marathon becomes a national hero in Norway.

I always want to win.

But I am especially thirsty for victory in the marathon. "

It was the day before Daly lost the 50-kilometer distance at the Lillehammer Olympics to Vladimir Smirnov, a Soviet skier with a Swedish passport who competed for Kazakhstan at those Games.

The only athlete in the world whose victory did not upset great ski Norway at all, but rather delighted him.

It was impossible to explain that paradox.

Rather, it was based on feelings, and feelings cannot be decomposed into formulations.

A similar attitude this season began to slip from the Norwegians to Bolshunov and came to a climax just in Oberstdorf after the fantastic victory of the Russian athlete in the skiathlon.

You can talk as much as you like about the irreconcilable rivalry between Norway and Russia, about the fact that the Norwegians are cunning, insidious and ready to do anything for the sake of victory over the Russians, but another thing remains exactly the same axiom: in a northern country, where from an early age they know the price of labor and overcoming , know how to appreciate outstanding sporting achievements, even when these achievements are strangers.

Why did Klebo, with a solid reputation as a clean sprinter, suddenly show up for a marathon?

Perhaps precisely because the words spoken in Lillehammer Daly are still relevant in skiing.

It is clear that Johannes was not at all going to “just participate” - he ideally laid out the entire distance under his own scenario, the crown of which, like the day before in the relay, was to be an irrepressible finishing spurt.

And we, perhaps, would have remembered the Oberstdorf championship with this very race.

The most beautiful hunt for the highest title with absolutely equal chances of two great ski hunters.

If the incident between Klebo and Bolshunov had not happened, wild and absurd in its drama, at the finish line, any of them would have become a legend in case of victory.

Both of them, like no one else, deserved this victory, and in the end both lost it.

How fair is this?

I'm afraid there will never be an answer that would suit everyone.

Formally, Klebo was disqualified for violating the rules for passing the finishing segment, but this was definitely not a well-thought-out tactic: in a race at the finish of which adult men cannot hold back tears, the ability to think and control emotions goes not even to the second, to the twenty-fifth plan.

All that remains is the burning desire to win.

And it is hardly worth stigmatizing the 24-year-old Norwegian for rushing so desperately to the finish line.

In the end, it was not us and not yesterday that invented: when the battle is fought at the forefront of the sports peak, there is rarely a place for fair play.

There were enough examples even this season.

With the participation of Bolshunov - including.

The gesture with which Klebo tried to apologize to Alexander after the finish, touching his shoulder, turned out to be eloquent: the Norwegian seemed to apologize for his victory and with all his appearance showed that he definitely did not want such a scenario.

Athletes of such a grand scale hardly need handouts and gossip behind their backs.

Another question - would Klebo have been able to win by choosing a different finishing trajectory?

In this marathon race on Johannes, in a certain sense, the whole team worked, providing their leader with the rear, while Bolshunov fought alone throughout the distance and hardly did not understand that there would be no support for him in this race.

Formally, Russia won: the protest against Klebo's actions was upheld, while the Norwegian appeal was rejected by the jury.

It's just that something completely different was stuck in my head: if the last centimeters of the distance ended with a photo finish and two gold awards, it would be much fairer than the broken stick of Bolshunov, the disqualification of Klebo and the victory of Emil Iversen, whose whole prowess was that he just happened to be in the right place time in the right place.