New star: Russian Irodov was the first in history to win three individual races at the World Junior Biathlon Championships

Russian biathlete Denis Irodov has won three victories at the World Junior and Youth Championships, which is drawing to a close in Obertilliach, Austria. He became the first athlete of his age in history to win all individual races. In addition, 18-year-old Irodov helped his team rise to fourth place in the relay, where his partner earned two penalties. 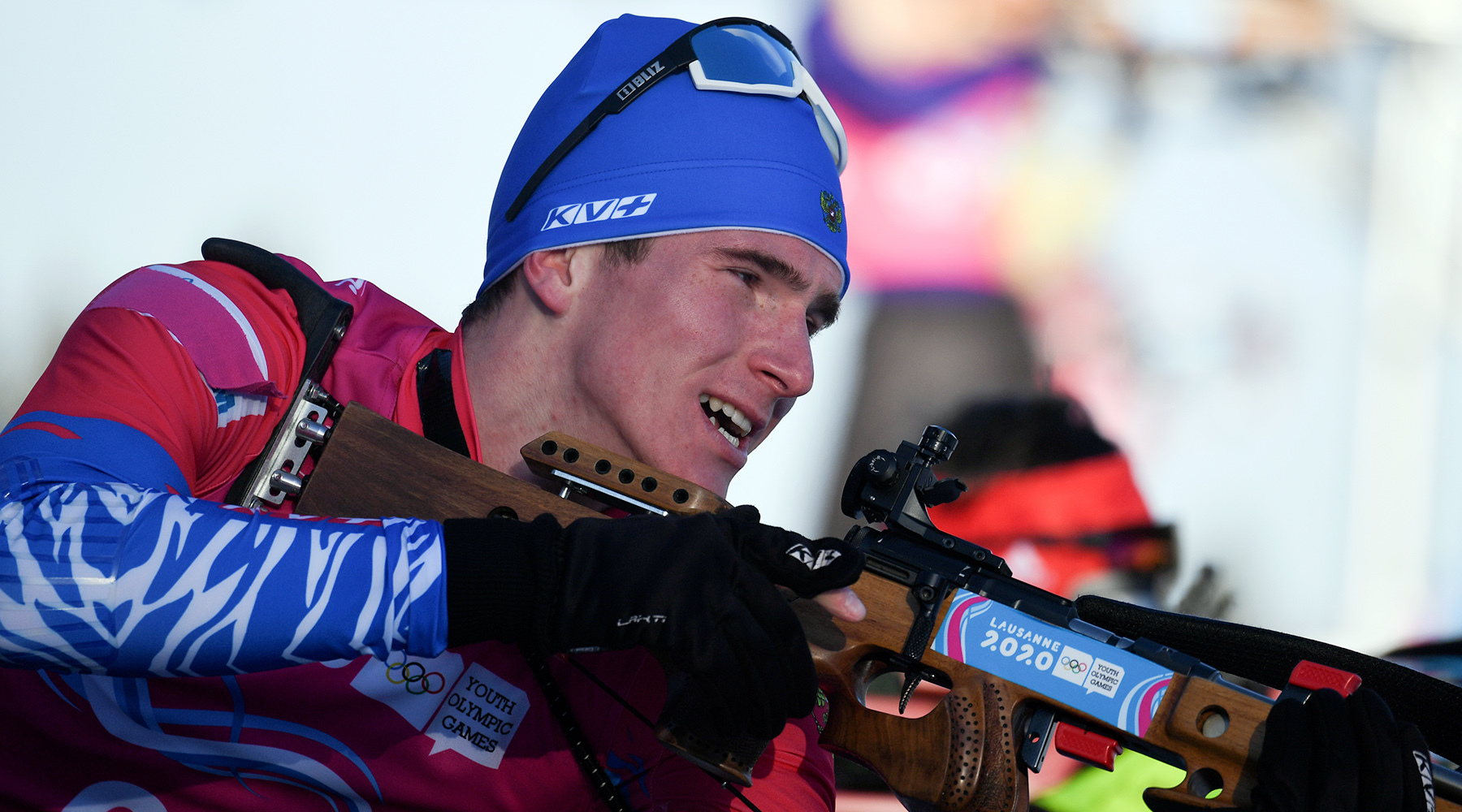 In Obertilliach, Austria, the Biathlon World Junior Championships are coming to an end.

Only relay races among athletes under the age of 23 remained in the competition program, but even now we can say that Denis Irodov has become the main hero of the planet's championship.

He became the first biathlete in history to win all three U-20 individual races.

Biathlon fans, who actively follow the performances of Russians at international competitions, could first learn about Irodov during the Youth Olympics in Lausanne, held last year.

Then a young athlete from Gorno-Altaysk, training under the guidance of his father Vadim Irodov, won two silver medals in the sprint and mixed relay.

In Austria, Irodov entered the youth competition for athletes under 19 years of age.

The first start for him was the individual 12.5 km race, and it started very badly for the athlete.

Irodov, already on the first bench, made two mistakes, which threw him beyond the first fifty.

But at the same time, after the first frontier, Eric Larsson from Sweden, he lost a little more than one and a half minutes - the ski-racing training, which the native of Gorno-Altaysk was engaged in before switching to biathlon, helped to run well.

After that, Irodov spent every next shooting cleanly and gradually began to climb up.

After a lap, he was 14th, and after the third approach to the shooting range, he won back five more positions.

Finally, after Irodov closed five more targets in the last stance, he took the lead in the race and held the first place to the finish, winning over half a minute against the Frenchman Edgar Zheny.

“In the race I understood that I was going pretty well, and I knew that I was competing for a high place.

But to count on winning with two penalties ... At this level of competition, this is too much.

No, I didn't expect to win, ”Irodov admitted after the first victory.

The sprint was next in the program of the World Championship, and in it the 18-year-old Russian had already avoided shooting mistakes.

Only two more biathletes managed to close all the targets in this race, but Irodov was faster than all of them, showing the fourth time in the distance.

He celebrated his second win while securing a good 21-second lead in the pursuit.

I was very afraid after the last start that because of the high line in the protocol, I needed to show the result no worse.

Before the race there was a nervousness, a long zeroing, everything went wrong, but in the end everything changed, fell into place.

I showed my result, and I am happy about it, ”said Irodov, already a two-time world champion among youths.

The winning double was immediately followed by a hat-trick.

In the pursuit, Irodov cleanly spent the first two shots and secured himself an almost minute advantage, with which he could no longer worry about the final result.

On the first stand, he still made the first mistake in a long time, which did not prevent him from winning almost a minute and a half at the finish against the Pole Marcin Zavul.

“Today there was a certain calmness and confidence, because I understood that you can go out and fight.

Before the race I studied analytics, watched the course and shooting.

I saw that I showed good results in the first two races, so I knew that I could fight for high places.

I did everything right when I treated the race as a training session, and this is the result, ”the athlete noted.

Boys under 20 have been competing for their individual medals at the World Championships since 2002, and Irodov became the first athlete to win all individual races.

Before him, in this age category, Ulyana Kaisheva was able to achieve the same result in 2013, when, along with Svetlana Mironova and Victoria Slivko, she won the relay.

Herodov also had a chance to add to his collection of awards on Friday, but his partners were not very reliable.

Roman Boychevsky and Oleg Domichek entered the penalty loop once, and the owner of three personal gold medals took over the baton, losing more than a minute to the top three.

All Irodov could do was to raise the team to fourth place.

In addition to Herodov in Obertilliach, several more biathletes climbed the podium in each individual race.

For example, the Frenchman Emilien Claude was able to do it in junior competitions.

Fabien and Florent's brother Claudew won the sprint and pursuit and finished third in the pursuit.

Among the girls, Slovenian Lena Repints won two gold and one silver.

But no one listened to the anthem in his honor three times, as Herodov did.

At the same time, other Russians performed rather modestly against the background of their titled compatriot.

The only winner of the awards was Mikhail Pervushin, who won two bronze medals among juniors.

On Saturday, biathletes will have their last chance to replenish their medal box with the help of relays.