Two thirds of the 2020/21 season have been played in the Russian Premier League. During the second ten rounds, the teams scored 213 goals. RT has compiled a selection of the most spectacular RPL goals at the moment. Lokomotiv midfielder Grzegorz Krykhovyak hit the CSKA goal with a long shot, Khimki winger Resiuan Mirzov scored after a brilliant dribbling, defeating three opponents along the way. Sochi midfielder Joaozinho took a free kick in the style of Lionel Messi, while Akhmat's forward Bernard Berisha scored after a 50-meter sprint. 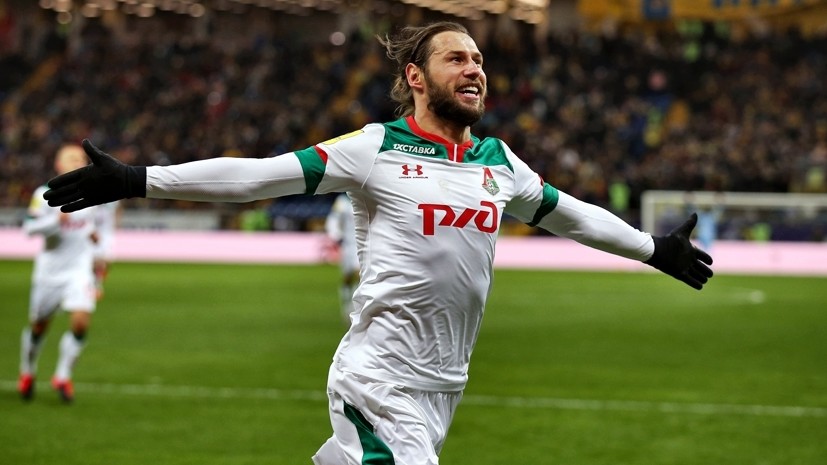 The selection of the best goals of the second third of the RPL season opens with a spectacular long-range shot performed by Nikola Vlašić.

The Croatian midfielder can be safely called a regular at such tops - over the past two seasons he has already been included in this rating three times, and in March 2020 he even took first place.

This time he did not manage to repeat the success, although the "shot" turned out to be quite memorable.

At the beginning of the second half of the meeting with Arsenal, Vlašić received a pass ten meters from the penalty area, shifted to the right side and shot hard into the far corner.

The ball went close to the barbell, and Nikola clearly demonstrated why the CSKA coaching staff does not prohibit him from hitting the goal more often than others.

It is the Croat who most threatens the opponent's goalkeepers (76) and ranks second in the number of shots on target in an average of 90 minutes (1.82).

According to this indicator, he is second only to Denis Makarov from Rubin (1.93).

One line higher is Vlašić's partner in the army club.

For Alan Dzagoev, this season can be called one of the most successful in recent years.

At the moment, he has already played more matches in all tournaments than in the two previous championships, and according to the "goal + pass" system, he is completely close to his own indicators of 2017 - 2018.

Taking into account the fact that in the previous two seasons he did not chalk up a single point to his account, progress is evident.

At the same time, Dzagoev not only began to play much more efficiently, but again began to differ in bright scoring.

One of these happened in the match against Rotor.

Alan opened in about the same zone as Vlašić in the previous case, received a pass from Arnor Sigurdsson, but shot without a side job and low.

The ball flew right into the lower right corner.

No chance for Josip Chondrich.

For the first time in the top of the best goals in the third of the season, according to RT, there was a masterpiece by Bernard Berisha.

During the second ten rounds of the championship, the Kosovar scored three bright balls at once - implemented a penalty kick in the style of Antonin Panenka, closed the canopy in the fall, and also distinguished himself after a phenomenal half-field run.

It was the second of them that got into the rating, which helped Akhmat to guarantee himself a victory in the home game with Ufa.

By this point, Berisha had already managed to realize the penalty and assist Vladimir Ilyina, and 13 minutes before the end of normal time he punished his opponents for being too enthusiastic about the attack.

Almost all the players of Ufa were located in the half of the field of Akhmat, which allowed Bernard to get away one-on-one with Alexander Belenov.

He was the first on the ball after Zoran Nizic was sent out, risking a yellow card for a dangerous game, threw the ball past the defender and rushed to the goal.

Kosovar could well have hit for sure, but instead, in a mocking manner, he put the goalkeeper on the lawn and sent the “shell” right under the crossbar.

No less colorful was the goal performed by Jordan Larsson, who was also on the honorary list for the first time.

The Swedish forward has long demonstrated that it is not in vain that he bears the name of his great father and has an excellent shot from afar.

Once again, he recalled this in a meeting with Krasnodar.

The Spartak player distinguished himself in the end of the confrontation and, like Berisha, removed all questions about the triumphant.

In addition to Larsson himself, his teammates played a vital role in organizing the goal.

Pavel Maslov gave a cool long pass from his half of the field, and Alexander Kokorin watched Kayo's mistake and broke through to the penalty area, after which he addressed the pass to his teammate.

At first it might seem that Jordan hesitated a little and missed the moment to strike, but he effectively turned around and struck right into the corner in the fall.

Unlike Larsson, Zabolotny, although he does not score so often, almost always does it beautifully.

Over the past two seasons, he scored only eight times in RPL matches, and exactly half of these goals were worthy of being included in the RT rating.

Another masterpiece fell on the game with Lokomotiv and helped Sochi to prevail over the current silver medalist of the national championship.

The forward of the Russian national team again showed his best qualities and hit his head well.

Usually, such scoring is appreciated for the high jump of the performer, but here it is worth paying attention to the trajectory of the ball.

He soared into the air in a high arc and sank down exactly by the collar of Marinato Guilherme.

In a similar style, he scored against CSKA during his performances for Tosno.

A line higher is the strike from a distance performed by Dmitry Skopintsev.

During his career, the left-back has distinguished himself only five times at the highest level and twice has suffered top clubs from his hand.

In November 2018, he helped Rostov defeat Krasnodar in the quarterfinals of the Russian Cup, and two years later he upset Spartak.

And initially there was little that foreshadowed a goal.

Dynamo's counterattack turned out to be not the sharpest: Guillermo Varela could not break away from the guardians and sent a pass to Skopintsev, who was immediately separated from the goal by five opponents.

However, Dmitry did not lose his head and first threw the ball between the legs of Alex Kral, and then powerfully loaded it into the far corner from 25 meters.

Alexander Maksimenko pulled himself into a string, but even this did not allow him to save his team.

A step away from the top three, a filigree blow by Joaozinho stopped.

And this event can be called a kind of unique, because previously the Brazilian scored only once with a direct free-kick.

Then the midfielder "Krasnodar" stitched the goal net of "Rostov" and helped the "bulls" to win the second victory in the southern derby in history.

This time, the goalkeeper of Arsenal Tula, Artur Nigmatullin, failed to prevent him from excelling.

But he had few chances.

Sochi got the right to a standard in the right semi-flank zone at a distance of 23 meters from the goal - an ideal position for a left-hander.

Christian Noboa and Joaozinho approached the ball, but it was the Brazilian who took responsibility and sent the ball to the near nine.

The blow turned out not so much strong as accurate, which reminded of the manner of execution of free throws by Lionel Messi.

In its own way, Mirzov's goal recalled the masterpieces performed by Messi.

True, if Lionel mainly made slaloms into the penalty area from the right edge, then Resiuan began to move on the left.

The winger rented from Spartak walked along the front line, left three Rostov players out of work and left no chance for Sergei Pesyakov.

It is worth noting that it is not the first time for Mirzov to score goals after bright solo passes.

In 2018, he covered almost half of the pitch and beat three players in the Tosno - Avangard match.

This ball not only brought the Leningrad club victory in the Russian Cup, but also became the last in its history.

Subsequently, the team lost to Ufa in the 30th round of the RPL with a score of 0: 5 and ended its existence.

As the rating shows, the 12th round was the most fruitful for beautiful goals in the second third of the season of the Russian Championship.

In total, he delegated five representatives to this list at once, and Andres Ponce's exact hit turned out to be the highest.

Moreover, he became not only memorable, but also extremely important for the team.

Rotor beat the current silver medalist and won the first victory in the RPL since September 2004.

As for the goal itself, it turned out to be a feast for the eyes.

At one point it might have seemed that the guests' attack had stalled, but Flamarion made the right decision and addressed the pass to Ponce, who was on the border of the penalty area.

The Venezuelan handled the ball with one touch and sent it right under the crossbar with the second.

This time Grzegorz Krychowiak was at the top, claiming to be the king of long-range strikes in the RPL.

Previously, "shots" from a distance have already helped him to get into the RT rating of the best goals three times, but only once he was in the top five.

Krychowiak's filigree blow was preceded by a wonderful cross-cast of the disgraced Francois Camano.

Until that moment, the Guinean had not scored a single point on the "goal + pass" system in the RPL and often rightly became the object of criticism, but he had a meeting with CSKA at a good level.

However, the main merit still belongs to Grzegorz himself.

The Pole took the pass to the chest, earned some money with his knee and hit the ball into the near nine on the move.

Surely the value of a goal would have been even higher if Igor Akinfeev was at the gates of the army team, it is unlikely that even he would have been able to make a save.