Frida Karlsson's first words about the injury: "Hurt all the way"

Frida Karlsson crashed during the three-mile race but sprinted to you a World Cup bronze - injured. After the finish, she took to her wrist and grinned badly before she left by ambulance. - It hurt all the way but it was in goal that I felt that I was in a lot of pain, she says in a first statement. 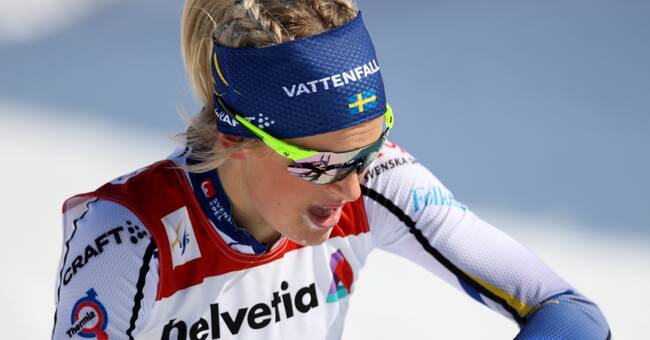 Frida Karlsson was taken to hospital after the finish of the ladies' three miles.

After sprinting for a bronze, you could see a Frida Karlsson who looked very sore in her left wrist.

Shortly afterwards, she was taken to hospital by ambulance for examination.

“On the fourth lap, Frida fell over on a downhill slope.

She reached the finish line despite severe pain.

At the finish line, there was a real swelling and reduced mobility.

Right now we are on our way to the hospital for an X-ray.

We will return when we know more ", wrote Englund.

"Hurt all the way"

Frida Karlsson has now commented on the race and the injury herself.

"I crashed on the fourth lap.

I got hurt but I drove on and only had a medal in mind.

It hurt all the way but it was in goal that I felt that I was in a lot of pain ", says Karlsson in a statement.

Norwegian Therese Johaug won the ladies' three miles superiorly before Heidi Weng who in the sprint with Frida Karlsson and Ebba Andersson took the silver.

The bronze for Karlsson and Andersson was four.