Munich "Bavaria" won a strong-willed victory over Dortmund "Borussia" in the match of the 24th round of the German Bundesliga. 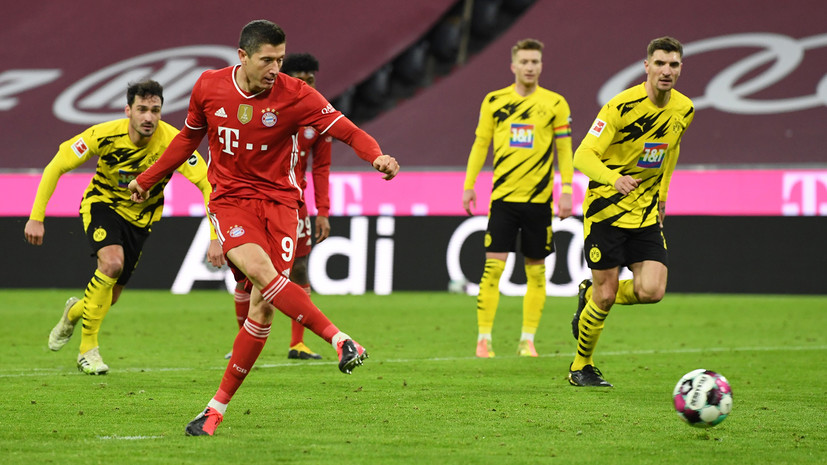 The meeting, which took place in Munich at the Allianz Arena, ended with a score of 4: 2 in favor of the home team.

Erling Holland scored on the 2nd and 9th minutes.

Robert Lewandowski scored for Bayern in the 26th minute.

At the 44th minute, the Polish striker scored a double, realizing a penalty.

Leon Goretzka put Bayern ahead in the 88th minute, and Lewandowski scored his third goal in the time copensed to the second half, setting the final score of the match.

Thus, Bayern returned to first place in the Bundesliga standings with 55 points.

Earlier it was reported that Bayer beat Borussia Mönchengladbach in the Bundesliga.