FC Barcelona came back on Saturday in La Liga at two points from leader Atlético Madrid. Coach Ronald Koeman's team won 0-2 at Osasuna. Earlier in the day, despite a goal from Luuk de Jong, Sevilla lost 2-1 to relegation candidate Elche. 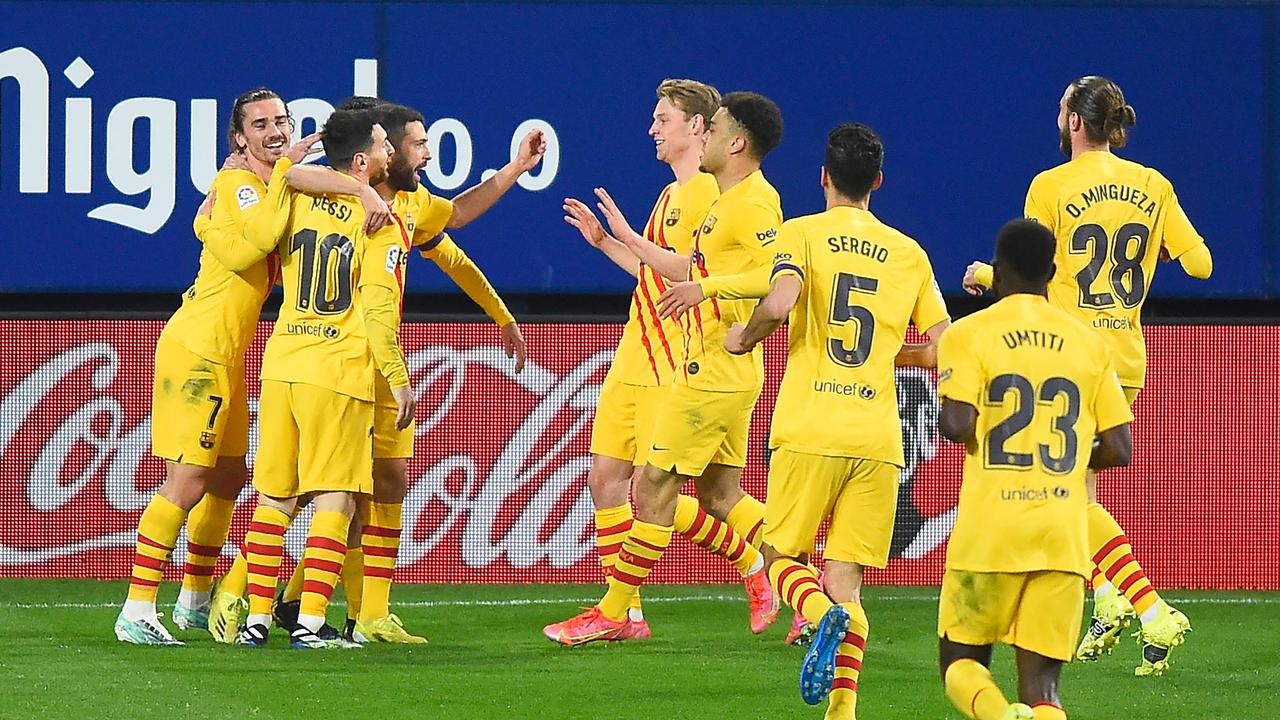 FC Barcelona came back on Saturday in La Liga at two points from leader Atlético Madrid.

Earlier in the day, despite a goal from Luuk de Jong, Sevilla lost 2-1 to relegation candidate Elche.

Jordi Alba scored the only goal for Osasuna-Barcelona after half an hour.

The left back was served brilliantly by Lionel Messi and hit the ball into the roof of the goal.

Goalkeeper Sergio Herrera made hands outside the box and blocked the broken Messi, but after the intervention of the VAR, the Argentinian turned out to be offside.

Barcelona missed the necessary opportunities in the second half to double the lead.

For example, Frenkie de Jong saw a bet blocked at the last minute.

Seven minutes before the end, substitute Ilaix Moriba made it 0-2 with a beautiful long shot.

The only eighteen-year-old midfielder made his first goal in the service of 'Barça' and thus also determined the final score.

Thanks to the victory, number two Barcelona is again two points behind Atlético Madrid, which has played two more matches.

Atlético will still play at home against Real Madrid on Sunday.

Luuk de Jong made the 2-1 for Sevilla in the final phase.

Luuk de Jong made the 2-1 for Sevilla in the final phase.

At Elche-Sevilla, all goals in Estadio Martínez Valero fell in the last twenty minutes.

The hits from Elche came in the name of Raúl Guti (70th minute) and Guido Carrillo (76th minute) and De Jong headed in the final minute on behalf of the visitors.

Karim Rekik, like De Jong, played the entire match at Sevilla, which suffered its third defeat in a week.

The Europa League winner of last season lost at home to FC Barcelona (0-2) last weekend and was eliminated by 'Barça' in the semi-finals of the Copa del Rey last Wednesday.

The Catalans triumphed in the return after extra time with 3-0.

Thirty-year-old De Jong got red during the game in Camp Nou because of comments on the lead.

The Orange-international had already been substituted at that time.

Due to the defeat in Elche, Sevilla failed to consolidate the fourth place in the ranking, which entitles them to participate in the group stage of the Champions League.