119 years since the founding of "Real Madrid" ... and its fans: "Every year, you are the maker of football sagas"

Today, March 6, marks the 119th anniversary of the founding of the Spanish football team "Real Madrid", which was founded in 1902 and is located in the Spanish capital, Madrid. On this occasion, Real Madrid fans celebrated by launching the hashtag # Real Madrid on the social networking site "Twitter" Where they congratulated, who 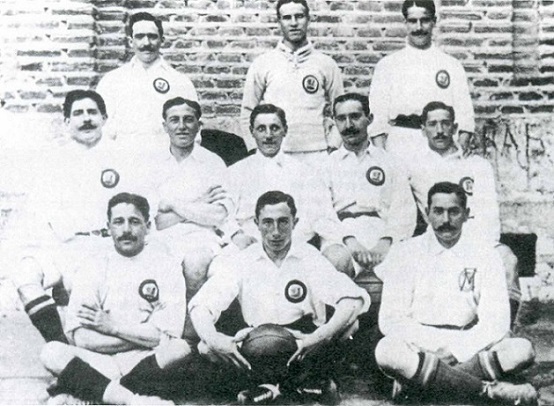 119 years since the founding of "Real Madrid" ... and its fans: "Every year, you are the maker of football sagas"

Today, March 6, marks the 119th anniversary of the founding of the Spanish football team "Real Madrid", which was founded in 1902 and is based in the Spanish capital, Madrid.

On this occasion, Real Madrid fans celebrated by launching the #Real Madrid hashtag on the social networking site "Twitter", where they congratulated their team on this occasion, expressing their love and pride in it, and pointing out the importance of this team in their lives since they were young until today. .

In the opinion of many observers, all these years were full of achievements, victories and glory for the Real Madrid, and one of the follow-ups said: "119 years of glory .. of victories .. of happiness. Happy Birthday # Real Madrid."

Followers expressed their great love for Real, thanking the team, which they described as the "white royal" for their presence in their lives.

One of the followers said: "The only love that I have not regretted .. There is one Madrid Real, and one life. Either you are a lover of this entity or leave this heavy load on you .. Thank you for being in our life."

Another said, "Not only do I love you, but I consider you the consolation of this world to me, which is something far greater than love."

Tweeters also indicated that Real Madrid is the focus of the football game only, not from the rest of the clubs, and that it will remain at the forefront no matter how much effort others make, so one of them said: “Let them try. They will glorify you, you are the legend, Real. "

Another said: "They are jealous of your history .. they are waiting for your downfall .. they love your defeat .. they hate your prestige .. they feel inferior in front of you .. but you were still and will remain in the forefront."

On the other hand, he drew followers to the role of the riyal by igniting enthusiasm in their souls, and giving them constant motivation to raise the ceiling of ambitions, an indication of them to the constant insistence of the riyal to achieve more achievements and not to stop at a certain limit and always request more victories. A crazy ceiling of ambition is renewed constantly, and it always amazes you, whenever we think that its phase is over, it returns more fiercely and tightens its grip on the rule of the old continent. Every year, you are the leader and king of Europe.

Another said: "You taught us to raise the ceiling of our ambitions, as you do every time .. Your insistence on permanent victory taught us a lot .. Thank you Real Madrid."

Followers described "Real Madrid" as "an icon of football," and one of the followers said: "Every year, you are a football icon, and every year you are the best in history, Madrid."

Another said: "Glory and greatness are all gathered together in one team, which is the source of our happiness ... the football icon # Real Madrid."

Another said: "March 6, 1902 is the date of the founding of the greatest club in history .. On March 6, Real Madrid began writing history .. and began writing the most wonderful football sagas .. The master of football has completed his one hundred nineteenth year today .. every year and you are an icon." Football and every year you are at the top. "