Vetlanda is in shock after Wednesday's insane act where seven people were unprovokedly attacked by a 22-year-old perpetrator. In the middle of it all, the city's bandy team Vetlanda BK will play the Swedish Championship quarter-final against Sandviken. - It is a strange feeling and many know someone who has been close to the events in some way, says Vetlanda player Patrik Johansson to the club's website before tonight's home match. 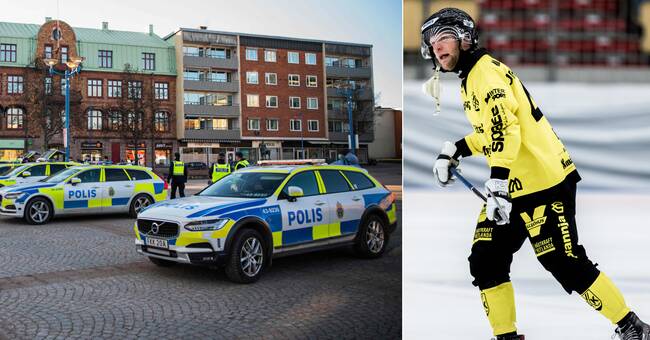 Hours before Vetlanda BK's first quarter-final in the Swedish Championship play-off against Sandviken, the team was reached by the news of the insane act in their hometown where seven people were attacked by a 22-year-old perpetrator.

Vetlanda completed the match and lost by 4-5 and many players were torn over what happened.

- We had a very good talk before the match yesterday where everyone got to talk out and tell what they felt.

Then we agreed to put it aside during the match and we succeeded, says Patrik Johansson on the website.

"Gets shocked when you hear it"

Villa stars Christoffer Edlund and Johan Löfstedt, who both have roots in Vetlanda, were also shocked by the news.

- You have family members and friends from Vetlanda, so you got to call and hear a little, how it was with them.

It is tragic that this could happen.

It's completely sick, you get shocked when you hear it.

It is only to pray to higher powers that those who are vulnerable are doing well, says Christoffer Edlund to Bandypuls.

Tonight, Vetlanda is back in his hometown for match number two in the quarter-final series.

- We have continued to talk about it, in the locker room and so on.

It's a strange feeling and many know someone who has been close to the events in some way - but life goes on.

Today I went to the office.

We will play bandy and focus on making a good effort, says Patrik Johansson.