Non-system star: why Bolshunov lost again to the Norwegians at the World Cup in Oberstdorf

Alexander Bolshunov suffered a painful defeat in the 15 km time trial in skating style as part of the World Ski Championships. The favorite finished fourth, allowing three Norwegians to occupy the podium - Hans Holund, Simen Kruger and Harald Amundsen. The two-time World Cup winner, who did not miss a single event in Oberstdorf, looked tired in the final third of the distance compared to his main rivals, who started only in skiathlon. 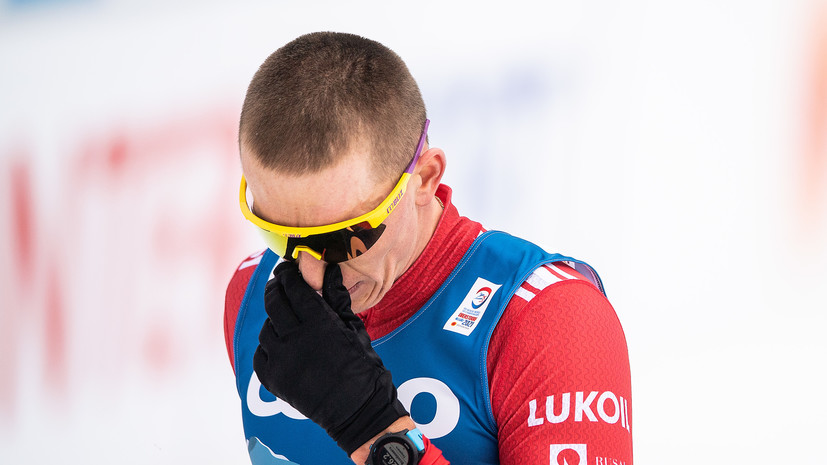 In the three days that have passed since the day of Bolshunov's great victory in skiathlon, the Russian athlete has perhaps not been canonized.

Even in the great ski Norway, the five strongest riders of which Alexander washed at the finish of the 30-kilometer distance, the comments of the fans sparkled mainly with superlatives.

Taken together, the meaning of the statements boiled down to the fact that Bolshunov is a genius, a monster, a skier of the "God" level.

And is it shameful for such a loss?

But the king is tired.

Tired, it seems, in the truest sense of the word.

"Cutting" became for him the fourth race, two of which turned out to be especially exhausting - sprint.

They had to resist absolutely fresh rivals: Simen Hegstad Kruger and Hans Christer Holund had only managed to compete in the skiathlon, and for Harald Ostberg Amundsen the skating “tag” in Oberstdorf became a debut start at all.

The combination of the above reasons, plus the early start number, seems to have determined the only tactic available to Bolshunov: to go in from the very start, what you have strength, and then - how it goes.

Did not work out.

Running away from the Norwegians who were on the heels, the Russian leader drove himself to such an extent that he simply stood up at the finish line, losing not only to the champion for more than 40 seconds, but even to Amundsen, although he was ahead, allowing Alexander to navigate his time.

And all the previous praises addressed to Bolshunov somehow faded at once.

In fact, only athletes are able to understand what a terrible test it is to go to the start under the yoke of their own greatness.

When the ex-coach of the Soviet team, Alexander Grushin, said that not every athlete is able to withstand the weight of the crown and it would be good to remember this before putting on a virtual royal headdress on an athlete, he, I suppose, meant exactly that situation, which Bolshunov now lives.

Each of the fans, commentators and journalists, in one way or another, made their small contribution to highlight the outstanding achievements of Alexander and once again remind the skier himself of this, but now the service looks bearish.

Despite the fact that Bolshunov - sorry for another reminder - is really a star of fantastic proportions both within Russia and around the world.

In the fight against the Norwegians, Alexander had not too many chances from the very beginning: he fought not with Holund, not with Kruger and not with Amundsen.

And with a grand system that delivers the highest quality products to the ski market every year.

He fought with a completely immense bench, where everyone calmly waits for their chance to win, knowing that the chance will definitely come.

That he simply cannot fail to come, since the system is geared towards exactly this.

A unique nugget that has fallen into very professional coaching hands.

But he is not a product of the system, rather an exception from it.

Paradoxically, Bolshunov's strength is at the same time his weakness.

This is the lot of any strong leader: when such a person is in the team, those around him involuntarily look at him as a magician, capable of doing the impossible at the right time.

As we all expected this from Bolshunov on Thursday at the "tag", and a couple of days earlier - in the team sprint.

Although just after the race where the bunch of Bolshunov - Gleb Retivykh lost gold and silver in Oberstdorf, one of the professional skiers said in a private conversation: they say, he does not understand why everyone pounced on Gleb to such an extent when the defeat was much greater. degree should remain on Bolshunov's conscience.

“The strongest ran in all teams at the last stage.

Why didn't Bolshunov run with us?

Scared to be next to Klebo and not withstand the rivalry?

But I know that Zealous, by his tactics and character, is not capable of fighting individually.

He never takes the lead, it is more comfortable for him to walk in a common heap and get out higher, taking advantage of the mistakes made by his rivals.

But after all, Bolshunov drove him into this "debt" ... ", - explained the specialist.

You can disagree with what was said, but these words actually only confirm that for such a bright personality as Alexander, the requirements will never be average.

But the maximum - yes.

Victories in this regard are very binding: the brighter and more incredible they are, the higher the bar rises.

Well, now the tired king will have, perhaps, the most important race - the relay race.

And we again believe, even without voicing our own thoughts, that Alexander will reach his stage and do the impossible.

And it will bring Russia a medal, perhaps even a gold one.

He really is a bit of a magician, so why not believe in this alignment?

It remains only to figure out what to do with the Norwegians ...