Jang Jae-young of Kiwoom, '154km restraint' on the first grade... Control is a task

Pitcher Jang Jae-young of Kiwoom, a special rookie professional baseball player with a down payment of KRW 900 million, shot 154 km/h in his first actual pitching. But control was a problem. This is reporter Lee Seong-hoon. 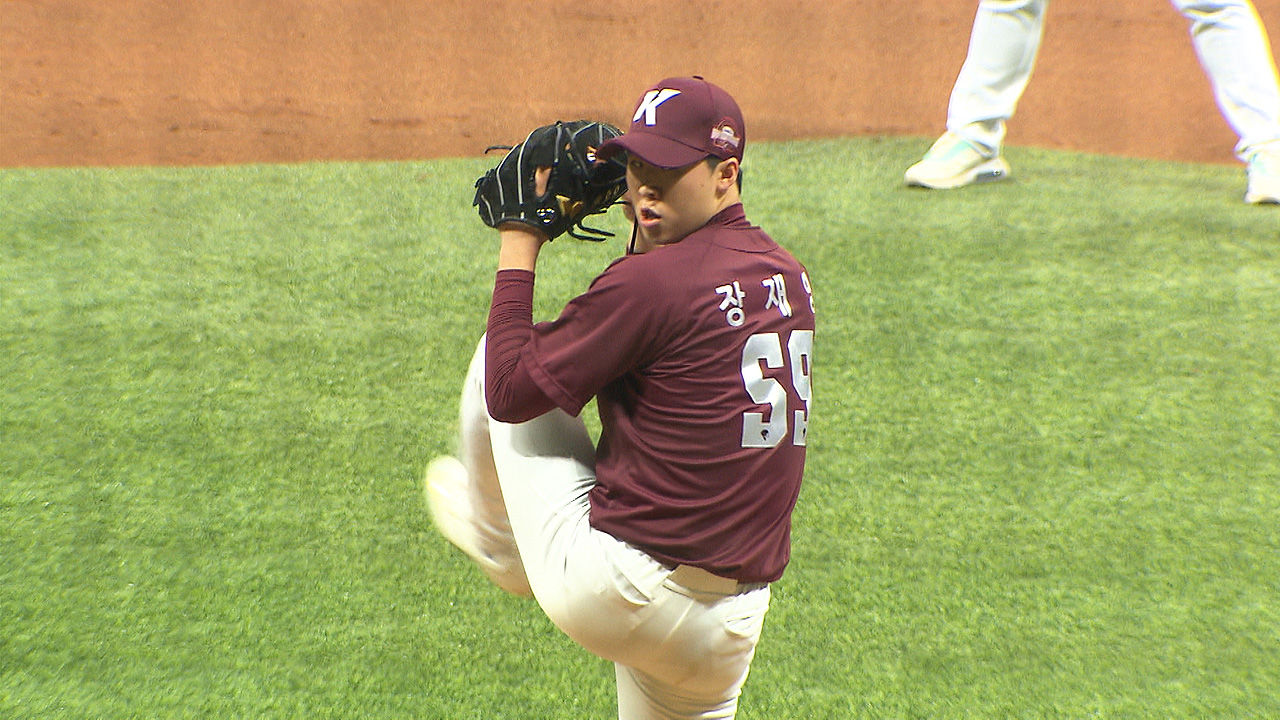 Pitcher Jang Jae-young of Kiwoom, a special rookie professional baseball player with a down payment of 900 million won, shot 154 km/h in his first actual pitching.

But control was a problem.

Jang Jae-young, who made his first appearance in the Team Cheongbaekjeon, showed a terrifying fastball as rumored.

It recorded a maximum speed of 154 km/h and exceeded the average speed of 152 km/h.

It was faster than the Alcantara's 151.6 km/h, which was the number one fastball average last year.

The slow curve following the fastball struck out the first batter, but the problem was control.

He grabbed a two-strike against Seo Gun-chang and threw four balls in a row. Following a dizzying blow that threatened Park Byeong-ho's head, the catcher walked with a series of blows that he couldn't use.

Jang Jae-young was replaced by throwing only 18 balls because the skin of her thumb was peeled off.

[Jaeyoung Jang/Rookie pitcher Kiwoom: As I was greedy to catch strikeouts, I learned a lot and it seemed to be fun because I walked with a little high ball.]

He produced good bats with his unique contact ability, made it a hit with a fast foot, and reported the first hit, and got a walk with a good pioneering plan.

He showed the possibility of stably handling two batted balls in the defense of the center fielder, who only experienced infielder for the first time while playing in the field while in school.