Therese Johaug won the 10 km freestyle in the WC in Oberstdorf after showing. Frida Karlsson was safe second and Ebba Andersson third, exactly the same order as in Saturday's skiathlon. - I'm so happy, says Johaug. 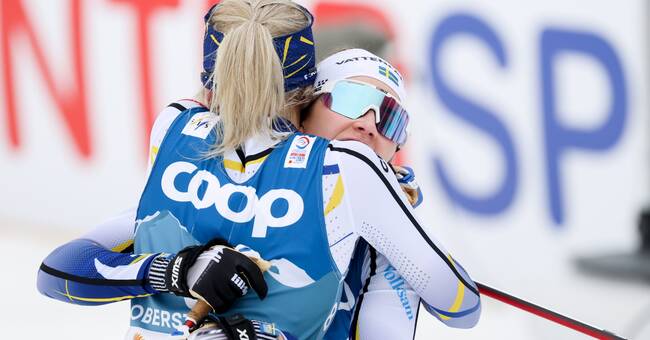 - Frida does a super race but it's just that there is a Therese Johaug who is so terribly good, says SVT Sports expert Anders Blomquist.

- They meet a monster, says Blomquist about Johaug's superiority against Karlsson and Andersson.

Johaug opened strongly and then extended out into the sunshine in Oberstdorf.

Karlsson was the only one who could follow something like that, but she also gradually lost to the very strong Norwegian.

- They gave Therese Johaug a match on the first lap but did not have the strength on the second lap.

They made an attempt, says national team manager Anders Byström.