"A match is successful when it is won", Larguet seems satisfied with the draw 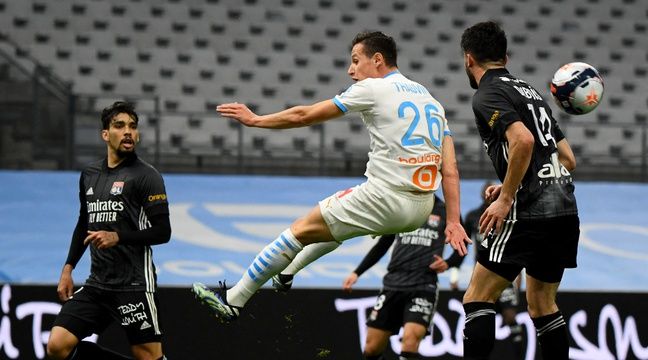 Olympique de Marseille managed to get a 1-1 draw on Sunday night against Olympique Lyonnais at the Stade Vélodrome during the shock of the 27th day of Ligue 1. After a very complicated start to the match, the Marseillais reversed the trend , notably thanks to a penalty before half-time and the exclusion of Lyonnais Lucas Paqueta.

“A match is successful when it is won.

But it's a match in which we found collective control against OL, which is not just anyone, ”Nasser Larguet analyzed at a press conference.

A collective mastery which will nevertheless have taken time to emerge, since they will have had to wait for the 42nd to equalize, which is more on a disputed penalty after a fault of hand from Lucas Paqueta.

"An encouraging match for the future"

But the Marseillais generally dominated the second half, especially after the expulsion of Lucas Paqueta, for a second yellow after the penalty, for a logical fault on Dimitri Payet.

But let's not forget that OL are playing for the title, when the Marseillais are just starting to take their heads out of the water after a grim winter.

“The second half was better than the first.

They played, daring, in the continuity of what I had seen, with a good defensive footing.

We did not concede too many chances, it is an encouraging match for the future ”, judge Nasser Larguet.

A future that will however be written without him since Jorge Sampaoli is expected from Tuesday in Marseille.

Even if the Argentinian will very likely have to respect a period of isolation upon his arrival.

“I don't know until when I'm there, I will be until he's fit to make a team.

And I will come back to training, always with a strong connection with the first team to give my opinion on the youngsters ”, he announced, without having exchanged with Jorge Sampaoli.

Nasser Larguet will in any case have accomplished his mission.

“It bodes well for the future, I told the player that they had built their return to normal well.

Now to be extraordinary, you have to string together victories, ”warned the Olympian coach.

For this he hopes that his players will retain “collective value”: “They all need each other, some have qualities, others have faults and vice versa.

Football is sometimes cruel, but you have to keep humility, work, and serenity in these difficult times.

That some can count on the other, and take a step back, ”said Nasser Larguet.

The match against the Lille leader on Wednesday could be his last match on the OM bench.