Bertens returns after five months: 'Result is not the most important now'

After months of rehabilitation from an operation on her Achilles tendon, Kiki Bertens will return to the job next week in Doha. Without competition rhythm, but also without pain, the Dutch slowly starts looking for her top form. 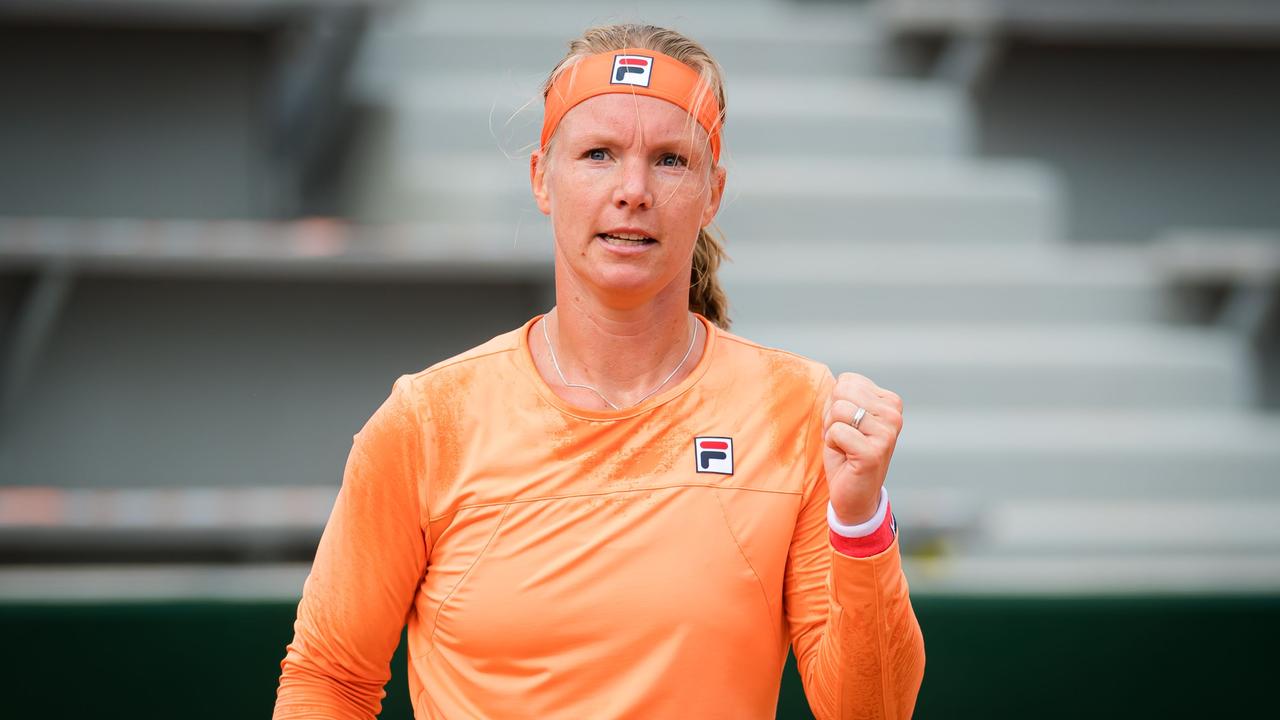 After months of rehabilitation from an operation on her Achilles tendon, Kiki Bertens will return to the job next week in Doha.

Without competition rhythm, but also without pain, the Dutch slowly starts looking for her top form.

"I am back. Now see how long I can hold this smile", Bertens wrote with a sense of self-mockery in a photo on Instagram in which she smiles broadly.

The Westlandse only played six matches from March 2020 to March 2021 and her last match was in October, but after five months, Bertens is completely back.

"In January it was mainly running tennis, but we have been training fully for a while now", her coach Elise Tamaëla says from Doha in conversation with NU.nl.

"You already notice that she can do more than before the operation. In the summer of 2020 we had to do the physical training at 60 percent, now it is already 90 percent. We are working towards 100 percent."

The last time Bertens made her return after months of absence - in the autumn of 2020 after an interruption due to the corona crisis - it did not go smoothly.

At the clay tournaments in Rome and Strasbourg she stranded in the first round and at Roland Garros she was unable to impress despite an eight-final spot.

After the second lap she was even driven off the track in a wheelchair.

"Then there was also tension and she was struggling with that Achilles tendon injury. In the coming weeks she has to play as many matches as possible and gain rhythm. Result is not the most important", emphasizes Tamaëla.

"Of course it would be nice if everything falls into place and she gets far in Doha, but one cannot expect Kiki to make it to the final. We are not working on that either."

Kiki Bertens was driven off the track with a wheelchair at Roland Garros in the autumn of 2020.

Kiki Bertens was driven off the track with a wheelchair at Roland Garros in the autumn of 2020.

The 29-year-old Bertens hopes to lay the foundations in the Qatari capital to perform at the top of her ability again later this year.

Due to her long absence, the ten-time tournament winner dropped out of the top ten of the world rankings for the first time since October 2018.

2021 must therefore be the year for Bertens in which she confirms her status as a world top performer.

In her last seven appearances in a Grand Slam tournament, the number eleven on the WTA ranking was eliminated before the quarterfinals.

Nevertheless, hard objectives have not been set in Camp Bertens.

"We can now say that we want to achieve a certain ranking, but that makes no sense. The goal for this year is to remain pain-free. If that works and Kiki is in top shape again, the results will come automatically", says Tamaëla .

"With her very strong defensive play she can make it difficult for everyone, especially if she is going to take even more initiative in the game. We have been working on that for a while."

The WTA tournament in Doha starts on Monday and lasts until Saturday.

The fifth placed Bertens will play in the first round against the Latvian Jelena Ostapenko, the Roland Garros winner of 2017. Next week, Bertens will also participate in the hard court tournament in Dubai.