Brighton continue to have an awfully hard time scoring goals. Despite plenty of chances in the away match against West Bromwich, they lost 1-0. That after Graham Potter's team missed, among other things, two penalties. 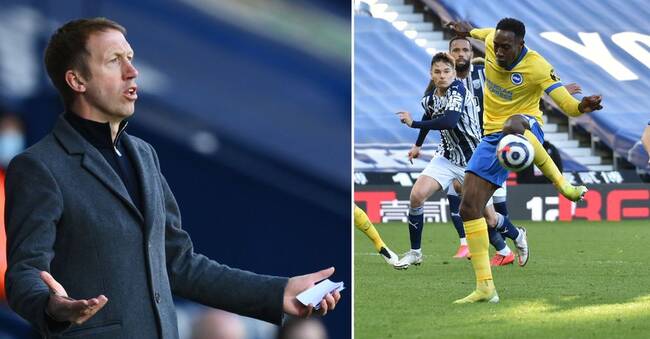 On Monday, Brighton lost at home to Crystal Palace 2-1 despite 25-3 in goal chances and a massive game advantage.

On Saturday, the pattern would be repeated for Graham Potter's team.

Brighton had 71-29 in ball possession away against West Bromwich and 14-6 in goal chances.

But despite that, it was a loss again.

Brighton got off to a nightmare start when Kyle Bartley nodded in 1-0 for the home side after a corner.

After that, Brighton had several golden opportunities to equalize.

Only in the 19th minute when the German Pascal Gross missed a penalty when he shot it rock hard in the crossbar.

Got goal ruled out

In the second half, Brighton were penalized again.

This time Danny Welbeck got the chance but he also missed.

The Englishman shot in the post and despite the fact that he got an open goal on the return, he got a real foul and missed the ball completely.

Brighton also conceded a goal in the first half.

A decision that was discussed where the referee Lee Mason first ruled the case but then chose to rule it out.