Hurtig was hit hard by the goalkeeper: "An assault"

Sweden won easily against Malta with 3-0, but for Lina Hurtig it was a tough match. With just over a quarter of an hour left, she went on a slap by the Malta goalkeeper. - It is an assault and clear punishment, says SVT's expert Markus Johannesson. 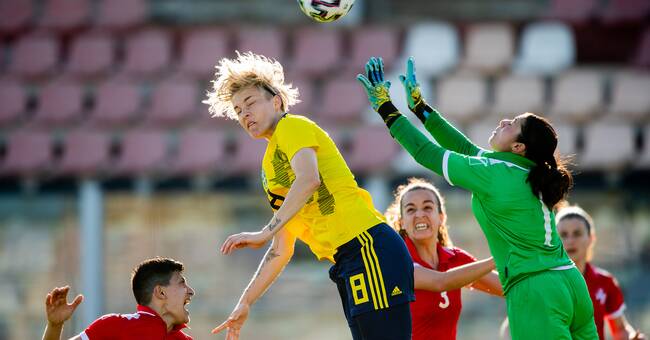 It was in the 74th minute, at the score 2-0 to Sweden, that Lina Hurtig nodded in the crossbar.

In the same situation, she got a real slap from Malta's goalkeeper Janice Xuereb.

- She gets completely wrong in that situation, but thankfully it went well, exclaimed SVT's commentator Chris Härenstam.

- A clear punishment for Sweden.

Hurtig is first on the ball and it is an attack from behind.

The goalkeeper only hits Hurtig in the back of the head, he says.

Sweden won the match with a comfortable 3-0 after goals by Kosovars Asllani, Nathalie Björn and an own goal.