He pressed world star Tyson Fury over twelve rock-hard rounds in 2019. Now the second most difficult task of his career so far awaits heavyweight Otto Wallin. - Many think it is a 50/50 match, he says to SVT Sport. 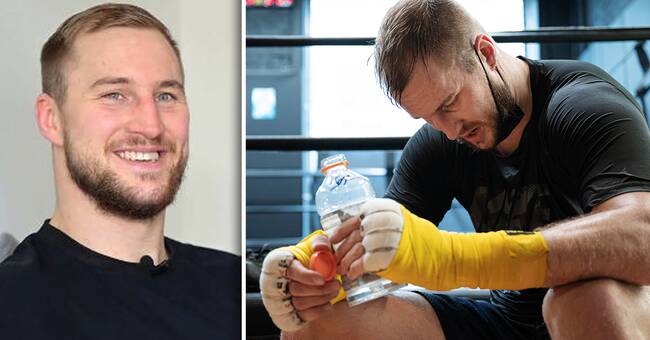 This weekend, the night before Sunday, February 21, it is the experienced American Dominic Breazeale, 35, who stands for the resistance.

A respected name in the boxing world who has only lost two of his total of 22 professional matches.

His only losses are a couple of title matches against two of heavyweight boxing's biggest names: Anthony Joshua 2016 and Deontay Wilder 2019.

Breazeale has not been in the ring since he was knocked out by Wilder almost two years ago.

- I think he is a good opponent in this situation.

It's a clear step up compared to Travis Kauffman I met last time.

Dominic Breazeale is a good name and many think it is a 50/50 match who will win.

Of course, I do not agree with that, but it is a good step up, Wallin says to SVT Sport.

Hope for a title match in the future

It has been a year and a half since the big breakthrough against Tyson Fury in Las Vegas 2019. Today, the northerner is established at the top of the world and a victory against Breazeale would resonate in the boxing world.

- Since the match against Fury, I have gained more experience and above all more sparring, which is the most important training.

Fury and Breazeale are quite different as boxers, but it will be important for me to stay away from his heavy blows, control the match and not let him get started, says Sundsvallssonen and continues:

- The idea is that we hopefully win this match and then take further steps up the rankings and get a new big match or title match.

The scandal star makes a comeback

There will be a big spotlight at the gala where Wallin is boxing.

In the main match, the American scandal star and former world champion Adrien Broner makes a comeback after a two-year absence.

According to Wallin, no spectators are allowed on site.

- It will probably be an advantage for me because I have already gone through it once and know how it is.

It was a bit special the last time I met (Travis) Kauffman, it felt more like sparring or a workout.

It was a bit of a rejection without an audience.

Breazeale has not experienced it yet, says the 30-year-old.