Nightmare debut for the hill - Liverpool collapsed after the board

Liverpool looked to have shaken off the bad form and be able to take important three points away against Leicester. Then the home team turned in three minutes after a serious defensive miss. Liverpool defender Ozan Kabak was involved in both 2-1 and 3-1 and seems to want to forget his Premier League debut as soon as possible. 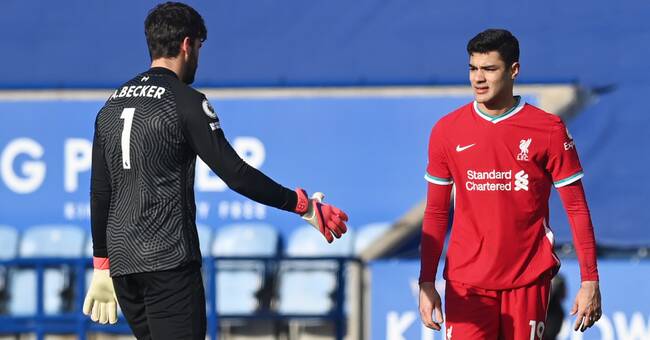 Liverpool with a fire-rated setback was forced to make a couple of new acquisitions in the January window.

It took a couple of weeks but now Ozan Kabak got his first Premier League minutes for Liverpool.

It went perfectly well, in just over 80 of them.

Then a long ball steamed down between him and an intoxicating Alisson Becker.

Jamie Vardy took advantage of the momentary confusion and lack of communication and rolled in 2-1 in an open goal.

Roberto Firmino spun up the Leicester defense and heeled the ball to Mohamed Salah who placed 0-1 behind a hitherto great-playing Kasper Schmeichel.

Liverpool looked like they could break their difficult league trend from time to time.

However, the defense were on their toes and allowed no space for a finish.

Leicester climbs to a temporary second place in the table.