Round 16 .. "Derby" and "Clasico" and accurate calculations at the top and bottom

Round 16 of the Arab Gulf Football League witnesses heavy-caliber confrontations, led by "Clasico" between Sharjah "leaders" with Al Ain, and "Dubai Derby" between Al-Nasr and Al-Wasl, while the Al-Ahly and Al-Wahda Youth Match grabs attention, at a time when Al-Jazira is heading out to face Ittihad Kalba "Dark Horse 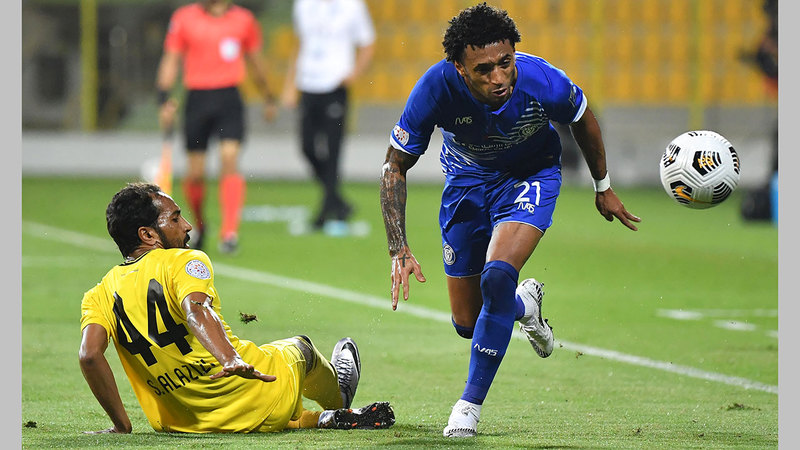 A difficult test for Sharjah in front of Al Ain ... and a summit between Al Nasr and Al Wasl

Round 16 .. "Derby" and "Clasico" and accurate calculations at the top and bottom

A heavy-handed confrontation in the "Dubai Derby" between Al Wasl and Al Nasr.

Round 16 of the Arab Gulf Football League witnesses heavy-caliber confrontations, led by "Clasico" between Sharjah "leaders" with Al Ain, and "Dubai Derby" between Al-Nasr and Al-Wasl, while the Al-Ahly and Al-Wahda Youth Match grabs attention, at a time when Al-Jazira is heading out to face Ittihad Kalba The "black horse" of the championship.

Sharjah leads the league standings with 36 points, three points ahead of Al-Jazirah “Al-Wasif”, while the conflict flared up from the third place with the presence of Bani Yas, Al-Nasr, and Al-Ahly youth. Until now, the features of the champion did not appear, due to the convergence of the technical level between the teams in performance. And arrangement.

In confrontations no less important than the summit clashes, the "advanced" Khorfakkan hosts the Bani Yas team, and Fujairah seeks to win over Al Dhafra, and the Hatta team will have the last chance before handing over its banner if it succeeds in achieving a victory at home during this round against the Ajman team. .

The opportunity will be for the Sharjah team to continue its victories if it wants to take advantage of the bad season of the Al Ain team and its results are confused, while the players of the latter seek to remove the scene in which they appeared in front of Al-Ahly youth in the last round and lose in four, to restore the name of the leader Al-Ainawi, and try not to move away from the adult square.

In a derby with a different and new flavor between two South American schools, Al-Nasr, led by Argentine Diaz, hosts the Al Wasl team led by Brazilian Hellman, who has not lost the league championship so far since the new coach took over the leadership of the team, and changed a lot in the form of the team, and in return, it seeks The emperor to avenge the loss in the first round, which was 3-0 in front of "Al-Ameed", who lost to Ittihad Kalba in the first appearance of coach Diaz in the Arabian Gulf Cup.

Al-Ahly's youth coming from the back, led by Engineer Mahdi Ali, will be the first controller in the second round league championship, after the big change in the team’s appearance. This was increased by the addition of the talented Omar Abdel Rahman "Amouri", who may return from injury at the end of this month.