Quarrel in the top match - Kim Andersson sent off

Ystad's goalkeeper was hit in the head. Then quarrels broke out between the players. Kim Andersson went crazy - and got a red card. 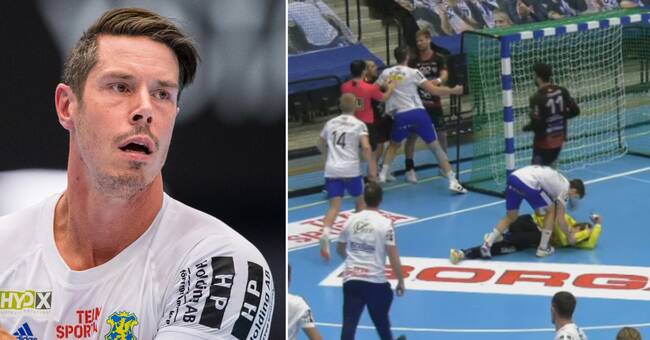 Malmö's Viktor Östlund made a breakthrough but shot Erik Hvenfelt in the head, who fell to the ground.

He ran straight to Östlund and it got messy between several players.

But it was not the first time during the match that a goalkeeper got the ball in his head.

Malmö won the match 20-19 and went up on the same points as Malmö at the top.