Cyclist Dylan Groenewegen was threatened with death after causing the severe crash in August when Fabio Jakobsen ended up in a coma. Among other things, he received a snare in a letter. - It was written that we could hang our children in it, he says. 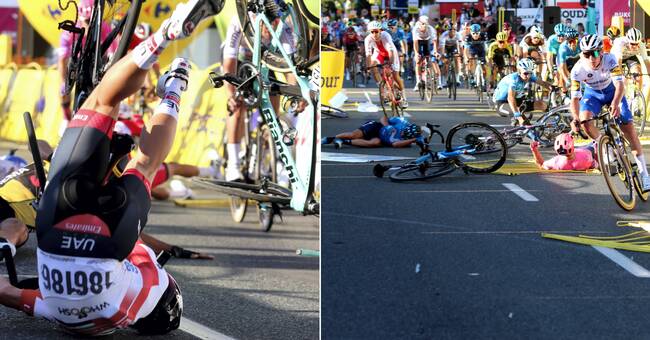 The Dutchman tells the newspaper Helden that he and his family received concrete and serious threats.

- We called the police a few days after the crash.

In the following weeks, the police guarded our house and we could not spontaneously leave the house, says Groenewegen.

- We received handwritten letters and also a snare and it was written that we could hang our children in it.

The cyclist, who was suspended for nine months, says the death threat affected him.

- The most insane thoughts went through my head and it was a challenge just to get out of bed during that period.

It was in the World Cup race around Poland that Groenewegen beat compatriot Fabio Jakobsen in the sprint and caused a mass crash.

Jakobsen flew into the billboards and suffered severe injuries to his face.

He was operated on for many hours and placed in an artificial coma for a few days.

Jakobsen recovered quickly, however, and was back on the bicycle saddle again in November.

That's why there are so many bike crashes