Mesut Özil is training with Fenerbahce Istanbul for the first time

Mesut Özil now plays for Fenerbahce Istanbul. The ex-national player chooses emotional words in his digital presentation. The 2014 world champion chose the 67th shirt number because of his parents. 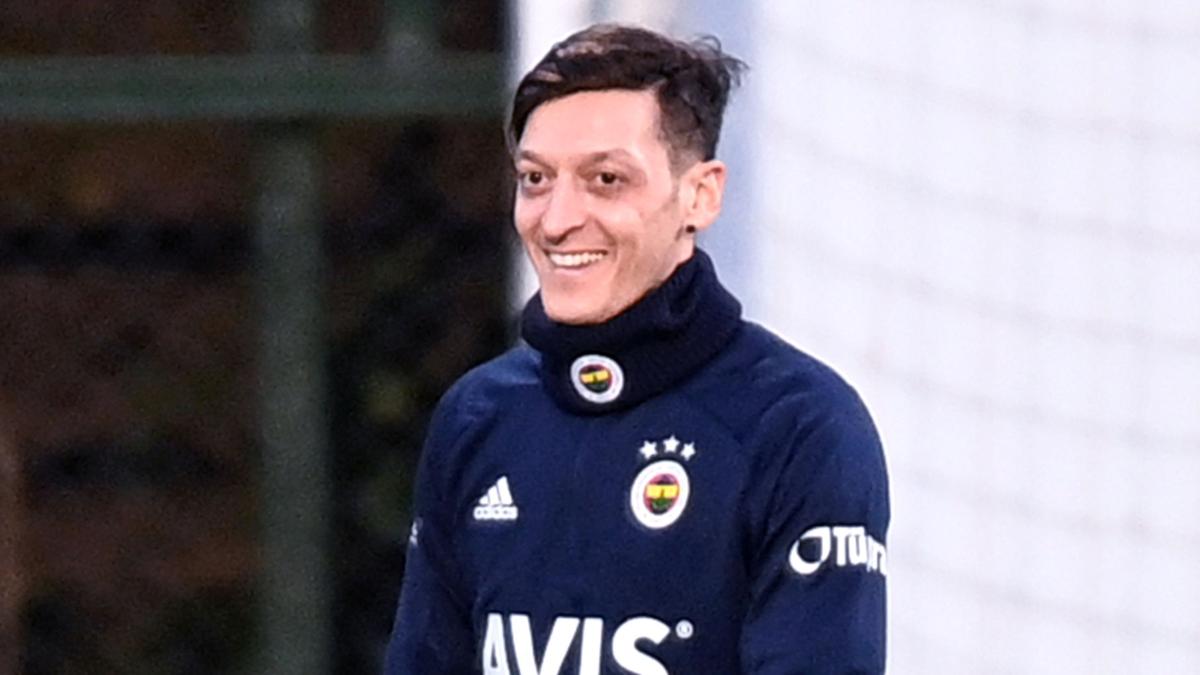 The enthusiasm after Mesut Özil's signature was measurable.

Within minutes, the video that Fenerbahce Istanbul posted on social media was viewed over a million times.

It is now four million.

"Let's announce it," says the former German international with a laugh into the camera.

The transfer, which was indicated for days, was fixed on Sunday evening.

As the club announced, Özil signed a contract until 2024. Özil trained with Fenerbahce Istanbul for the first time on Sunday.

Addressing his new team, he said: “A dream will come true.” He was very happy.

Özil, 2014 world champion, had announced the change a long time ago.

"I grew up as a child in Germany as a Fenerbahce fan," wrote Özil on Twitter.

The Istanbul club is like Real Madrid in Spain.

“The biggest club in the country,” wrote the 32-year-old, who is leaving Arsenal after some disappointing months in England.

Mesut Özil is expected to earn more than 15 million euros by 2024.

And that despite the fact that the club from Istanbul has debts of over 520 million euros.

Therefore, the transfer should also be financed with the help of the fans.

“We have a request for our fans.

Please continue to support us, we are also dependent on your financial support.

On the day of the signature I will ask you to break a record ”, said club president Ali Koc.

This support will do us very good. "

sent to the number 1907 (year Fenerbahce was founded)

The club is hoping for up to two million euros from the pockets of its fans.

"I believe and know that there will be a lot of rush for the jerseys," said Koc.

Internally, the club expects one million Özil jerseys to be sold by the end of the current season.

On this, next to the name Özil, the number 67 will be seen.

The number stands for the Zonguldak province on the Black Sea.

From there, Özil's parents emigrated to Germany.

Özil addressed the fans of the London Gunners on Sunday with emotional words.

"It may be the end of a chapter, but my connection with this great club will never fade," wrote the offensive player.

It is "no goodbye forever" after "almost 3000 days" with the Londoners.

"I will be a gunner all my life - no doubt", wrote Özil, who had also left the German national team shortly after the 2018 World Cup and 92 international matches, albeit with a fire letter via Twitter.

In the meantime, his relationship with the German Football Association seems to be improving a little.

"Mesut's services to Arsenal are undisputed," Mikel Arteta was quoted on the club's website.

The Gunners coach had not nominated Özil for the Premier League and Europa League this season and was criticized by Özil for it.

"Will Mesut Özil's qualities be missed"

Mesut Özil is in Istanbul to take the medical check-up for his move to Fenerbahce.

Arsenal coach Mikel Arteta will miss him - even though he sorted out the ex-international.

"Mesut has been the centerpiece of many great moments for this club over the years, including three cup wins," said Arteta.

However, when he won the FA Cup for the third time, Özil was no longer there.

Because he no longer planned with the midfielder, Arteta had granted him early leave.

The English media had said goodbye to Özil in a less friendly manner.

Polemically, the “Times” recently settled with the former Schalke player, who was brought from Real Madrid in the summer of 2013 for around 50 million euros.

“In recent years he has only shown energy when it comes to supporting his friend Recep Tayyip Erdogan,” it said.

Turkish President Erdogan is also a fan of Fenerbahce - but his favorite club is Basaksehir Istanbul.