The ninth world numbered English star, Terrell Hutton, topped the second day of the (Abu Dhabi HSBC) Golf Championship 2021, which is being held within the first leg of the Rolex series, to achieve a below average score of 12 in the middle of his second round at the Abu Dhabi Golf Club. 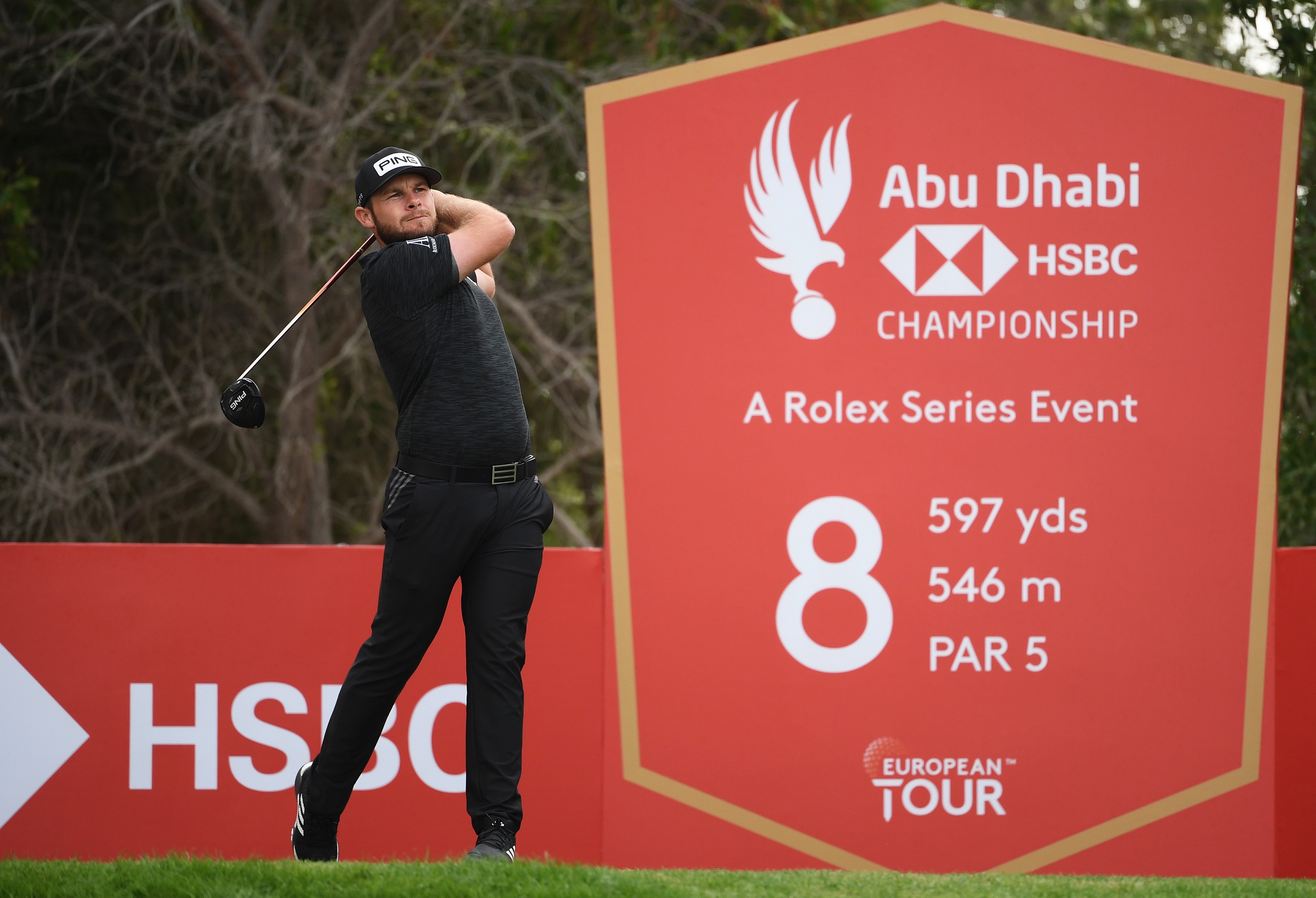 The ninth world numbered English star, Terrell Hutton, topped the second day of the (Abu Dhabi HSBC) Golf Championship 2021, which is among the first stations of the Rolex series, to achieve a result of 12 below average in the middle of his second round at the Abu Dhabi Golf Club.

After a late start due to fog, Hutton and McIlroy started their second round in the afternoon and the English made a strong start after scoring two "Eagle" strikes yesterday and today and four consecutive Byrdie strikes, which secured him the lead on the second day of the tournament.

Hatton is the second player to win three Rolex Series titles last summer, and he will be looking to add a fourth win to the list on Sunday and get the best possible start for any player in the race season to Dubai 2021.

Rory McIlroy started the second day with the same strength as his first day, with two Byrdie strikes in three holes, but he was unlucky afterwards in the fourth hole and followed by a double "Buggy" at the fifth hole, to lose the lead, knowing that the Irish player achieved the position Previously the second in four tournaments in Abu Dhabi, and he will make every effort to lift the Winged Falcon Cup during this year's competitions.

It is worth noting that the championship was launched for the first time in 2006 and will be held at the Abu Dhabi Golf Club for the sixteenth consecutive year, between January 21 and 24, 2021. The total prize money is 8 million US dollars and 8,000 points from the race to Dubai.