Borussia Mönchengladbach was beside themselves about the video evidence after the last minute equalization of VfB Stuttgart. The disputed penalty now has a sequel. There is a rumble within the referee guild. 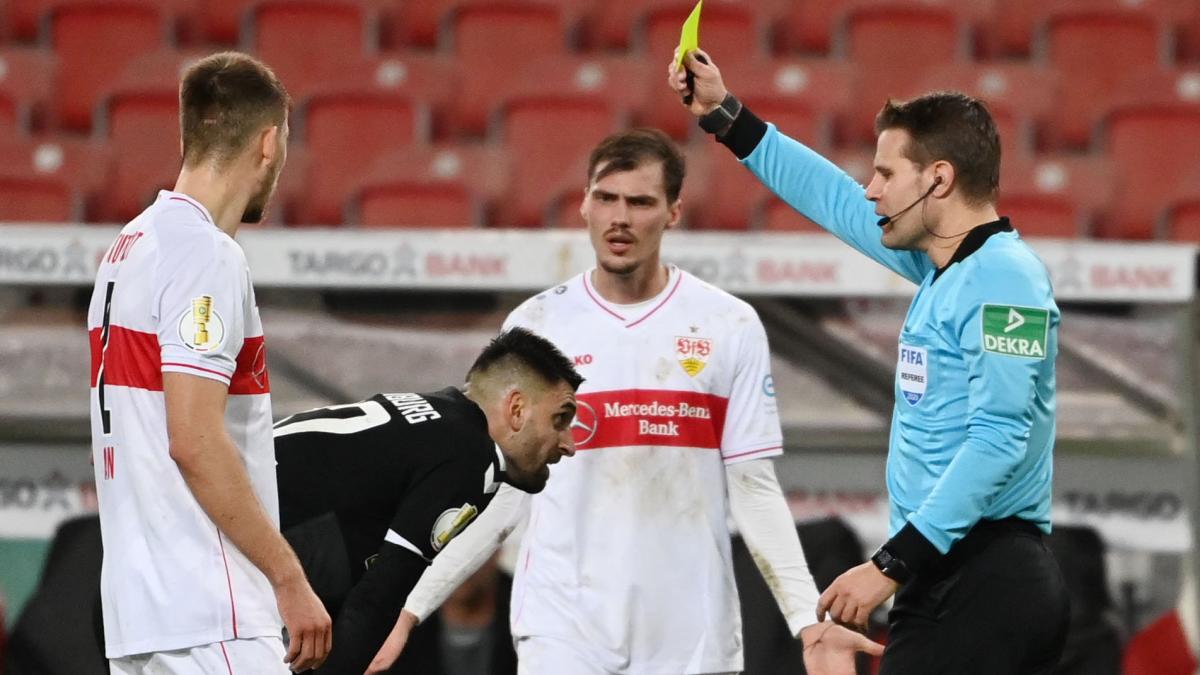 “It's a penalty that you can give.

The decision is possible when I see the brackets, "said the person responsible for the video evidence at the German Football Association on Sunday at Sky and spoke of a" criminal process "and the brackets as a" priority aspect ".

In the stoppage time of the game on Saturday evening, VfB striker Sasa Kalajdzic was clasped on the goal line in the scramble for the ball by Gladbach's left-back Rami Bensebaini, but was also hit at the foot by his own teammate Waldemar Anton.

He did not see this contact, he was "probably part of the decision," said referee Felix Brych.

The video assistant Bibiana Steinhaus did not point this out to him from Cologne.

The Gladbachers had heavily criticized the decision after the 2-2 win.

Brych had spontaneously allowed to continue playing, but then received a tip from Steinhaus from Cologne.

Brych looked at the images on the monitor again for a relatively short time, whistled a penalty, Silas Wamangituka converted to 2: 2 (90 + 6).

Drees emphasized that even the video evidence could not depict every decision “black or white”.

The ex-referee Steinhaus had “assessed the aspect of the foot offense for herself and viewed it as not relevant,” explained Drees.

But behind the scenes of the referees guild there is a rumble.

Brych's colleague scolding is bitter, on Saturday and also on this Sunday there was a lively telephone exchange in this regard.

Bitter discovers that Brych more or less hid behind Steinhaus after his controversial decision - and put the blame on her.

Regardless of this, the former Fifa referee Drees admitted that it would have been better to look at the entire scene again, including touching the foot, and spoke of a possible "communication and representation misunderstanding" between those involved.

"The whole scene should have been presented even more clearly," said Drees and announced that the contentious situation would be analyzed and evaluated and the "review process improved".