In the match of the 17th round of Serie A against Benevento, Atalanta midfielder Oleksiy Miranchuk spent only three minutes on the field. This game was the tenth for the footballer, in which he did not get into the starting lineup of the team. He also cannot score points for performance for two months. Skipping meetings due to coronavirus, the second youth of the main competitor and a protracted adaptation - RT explains why the Russian has not yet managed to prove himself in Italy. 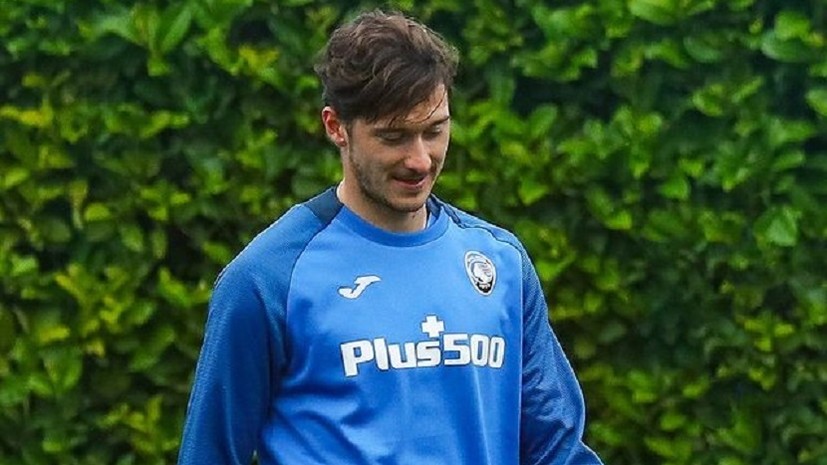 The transfer of Alexey Miranchuk from Lokomotiv to Atalanta in September became one of the main events of the last year in Russian football.

It seemed that the RPL star was ready to take the next step in his career.

However, he was not given to the native of Slavyansk-on-Kuban as easily as some fans expected.

So, the domestic athlete has never made it to the starting lineup of the new team.

He played ten matches for the Bergamascans in all tournaments and was content with substitutions in all.

Moreover, in six cases Miranchuk took to the pitch for ten minutes or less.

Alexey got the most playing time in the match of the 14th round of Serie A with Bologna.

Then he came into the game immediately after the break with the score 2: 0 in favor of Atalanta.

As a result, Gian-Piero Gasperini's charges conceded two goals in ten minutes and lost the victory.

The Italian edition of La Gazzetta dello Sport named the Russian the worst player in the match, accompanying the low rating with the word "ghost".

Even the absence of the main playmaker of the team Alejandro Gomez, who is training separately due to the conflict with Gasperini and may leave the club, did not help the domestic midfielder to break into the base of Atalanta.

It seemed that in this situation Miranchuk could get a place under the striker, but the coaching staff made a choice in favor of 23-year-old Italian Matteo Pessina.

At the same time, the latter in the current season scored only one point for performance.

The Russian was prevented from getting a place in the starting lineup, including health problems.

Late last year, the midfielder suffered from the coronavirus.

For this reason, he missed four matches at once.

Fortunately, the athlete's illness proceeded without serious complications, but, according to the footballer's agent Vadim Shpinev, his client still experienced “slight symptoms of a cold,” and most importantly, he dropped out of the training process again.

Thus, Miranchuk dropped out of the general group for the second time after moving to Atalanta.

It was only in October that he recovered from injury and managed to hit Midtjuland's goal in the Champions League and Inter in Serie A, showing a serious attitude.

The coronavirus was very inappropriate for Alexei, and probably negatively affected his physical form.

At the same time, the midfielder's competitors are not going to give up.

Before the start of the season, it seemed that the Russian could replace at the base of Josip Ilicic, who suffered a severe depression and almost ended his career.

However, this season the Slovenian has gained good shape.

In an interview with Gasperini, explaining why he prefers Ilicic to Miranchuk, he stressed that the Russian does not have such "attacking qualities" as a Slovenian.

In the Russian's game, the specialist singled out another strong quality.

“He is the kind of player who can better give the last pass than play in front.

We must study all its characteristics and understand how best to use them for the benefit of the team, ”quotes Gasperini Football Italia.

On Miranchuk's side, and age.

Aleksey turned 25 in October, while Ilicic will celebrate his 33rd birthday at the end of January.

Consequently, over time, a Russian can replace an aging competitor at the base.

Surely he will impose the fight for a place at the base and Pessina, who took the place of another aging team leader Gomez.

In the meantime, Gasperini's decision to release the domestic footballer only as a replacement can be understood, because Atalanta shows good results in winter.

In the last seven matches of Serie A, the Bergamasks have won five wins and two draws.

It is not surprising that the head coach does not change the winning line-up and practically does not make any adjustments to the line-up of the midfield.

For Miranchuk, the current situation is doubly unpleasant, because in Lokomotiv he was the main star and did not enter the field from the first minutes only because of injuries or disqualifications.

In addition to the coronavirus at the end of the year, Alexey faced a huge number of problems of a different nature.

The games for the Russian national team could become a kind of outlet for the football player, but in its composition he suffered a humiliating defeat from Serbia (0: 5).

Moreover, the midfielder was among the players whom Stanislav Cherchesov replaced after the first half.

Surely, the coach's phrase about the "golden asset" was also addressed to him.

Finally, the death of his father in early December was a big blow to the athlete.

After this, it was hard for Miranchuk to focus exclusively on football.

In this situation, two paths open up for a talented football player.

On the one hand, he can give up his dream of playing in a strong European championship and return to the RPL, where he will always have a good contract and the role of the first violin in any team.

On the other hand, a Russian can only become stronger and, remaining in Atalanta, still realize himself.

So far, it seems that, despite all the difficulties, Miranchuk will take the second path.

He continues to study Italian and communicates more and more with new teammates, mastering himself in the team.

And most importantly, the midfielder did not express a single word of dissatisfaction with the situation in the team.

He, who has never been seen in conflicts with coaches, prefers to work in silence and will probably still get a chance from Gasperini.

This point of view was confirmed by the footballer's agent Shpinev, who assured that Alexei was ready to "fight and work."

“The situation with Lesha is understandable.

There is very serious competition in Atalanta.

The guy perfectly understood where he was going.

They will look for and look where he will be more useful and to a greater extent will reveal his potential.

This is totally normal.

Another championship, another football ”, - quotes the words of Shpinev“ Sport-Express ”.

The adaptation of Miranchuk in Italy was delayed for a number of reasons, but it often turns out to be difficult for footballers from the post-Soviet space.

Moreover, Alexey, unlike his Ukrainian teammate Ruslan Malinovsky, has never played in Europe before.

It is not surprising that the level of Serie A after the RPL at first was too high for him.