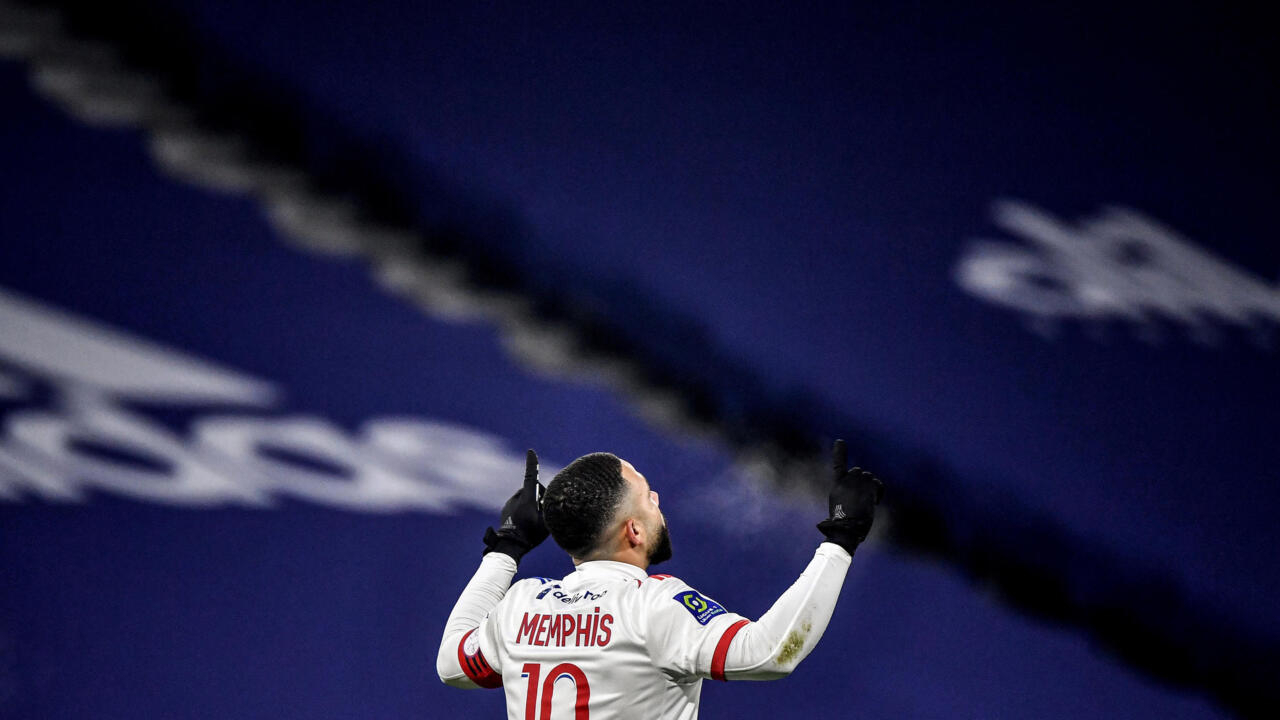 Led 2-0 in Rennes, the leader of Ligue 1 snatched an unexpected draw (2-2), Saturday, January 9, to take the lead at mid-championship, just in front of Paris SG of Mauricio Pochettino, scorer of Brest (3 -0), and Lille, winner in Nîmes (1-0).

At the end of the first leg, the boss is Lyon: OL survived a badly started evening at Roazhon Park, winning the honorary title of autumn champion for the first time since the 2008-2009 season. .

While Rennes led thanks to Clément Grenier (20th) and Benjamin Bourigeaud (55th), OL saved their unbeaten streak established since mid-September thanks to Memphis Depay, scorer of a splendid sequence (79th) then passer for Jason Denayer (82nd).

This rewards the mental strength of the Lyonnais, who can continue to believe in their destiny in this L1.

"We have shown that we have a lot of resources," said Lyon goalkeeper Anthony Lopes.

"We are a club with a lot of ambition, which deserves to be in its place."

Mauricio Pochettino returned to the Parc des Princes with a victory: more than 17 years after having stepped on the Parisian lawn for the last time in the jersey of PSG, the Argentinian managed his comeback, clinching his first victory against Brest on the bench of his new club.

Still deprived of many executives including the superstar Neymar (recovery), "Poch" has renewed the same eleven as in Saint-Etienne (1-1), with the exception of Thilo Kehrer positive for Covid-19.

And he was rewarded: from the 16th minute, Moise Kean threw himself in to open the scoring with a plunging header (16th).

>> To read: Football: Mauricio Pochettino, a "sheriff" to revive the PSG machine

Then, the returning Mauro Icardi, back from injury, sharpened the competition at the center-forward position with a flat foot on an offering from Kylian Mbappé (81st), before being himself a decisive passer for Pablo Sarabia (83rd).

This large score is flattering for Paris, a little jostled by the Brestois, but allows Pochettino to launch his mandate, four days away from seeking the first trophy of his young coaching career: PSG will challenge Marseille next Wednesday in the Champions Trophy .

In the meantime, Paris (2nd, 39 pts) remains in ambush in L1, one point behind Lyon and tied with Lille (3rd), who tamed the red lantern Nîmes 1-0 thanks to Burak Yilmaz.

Behind this trio, OM (6th, 32 pts) begins to fall despite their two late matches to play: the Marseillais could not do better than a 0-0 draw in Dijon, while Dimitri Payet was still substitute at kick-off.

"I hope that it will not affect us too much. But it is indeed two lost points," railed Marseille coach André Villas-Boas, worried before the Champions Trophy against PSG.

The MHSC was slowed down by Nantes (1-1), which confirms its solidity regained under the orders of its new coach Raymond Domenech: two draws in two matches.

In Bordeaux, the Girondins (10th, 26 pts) were still deprived of their playing master Hatem Ben Arfa but Rémi Oudin played the saviors against Lorient (2-1) with a brace (13th, 42nd), despite the equalizer of Terem Moffi (23rd).

At the bottom of the table, the series of invincibility of Saint-Étienne (seven consecutive games, including six draws) ended in Reims (3-1) with in particular a double from Boulaye Dia (12th from the penalty spot, 37th).

Enough to allow the Reims center-forward, highly coveted in this transfer window, to equalize with Mbappé in the scorers standings with 12 goals.

What also allow Reims, undefeated for five matches, to move up to 14th place (21 pts), ahead of Strasbourg (15th, 20 pts), winner in Lens 1-0 on a goal by Habib Diallo in the thick fog artesian.

Finally, Metz and Nice neutralized 1-1, an improbable gag goal from John Boye (80th) having responded to Amine Gouiri from the penalty spot (18th).