Hanging on, Atlético Madrid managed to turn things around and keep the lead in La Liga by winning 1-2 on Alavès' field. In the Premier League, Manchester City dominated the shock of the 17th day… 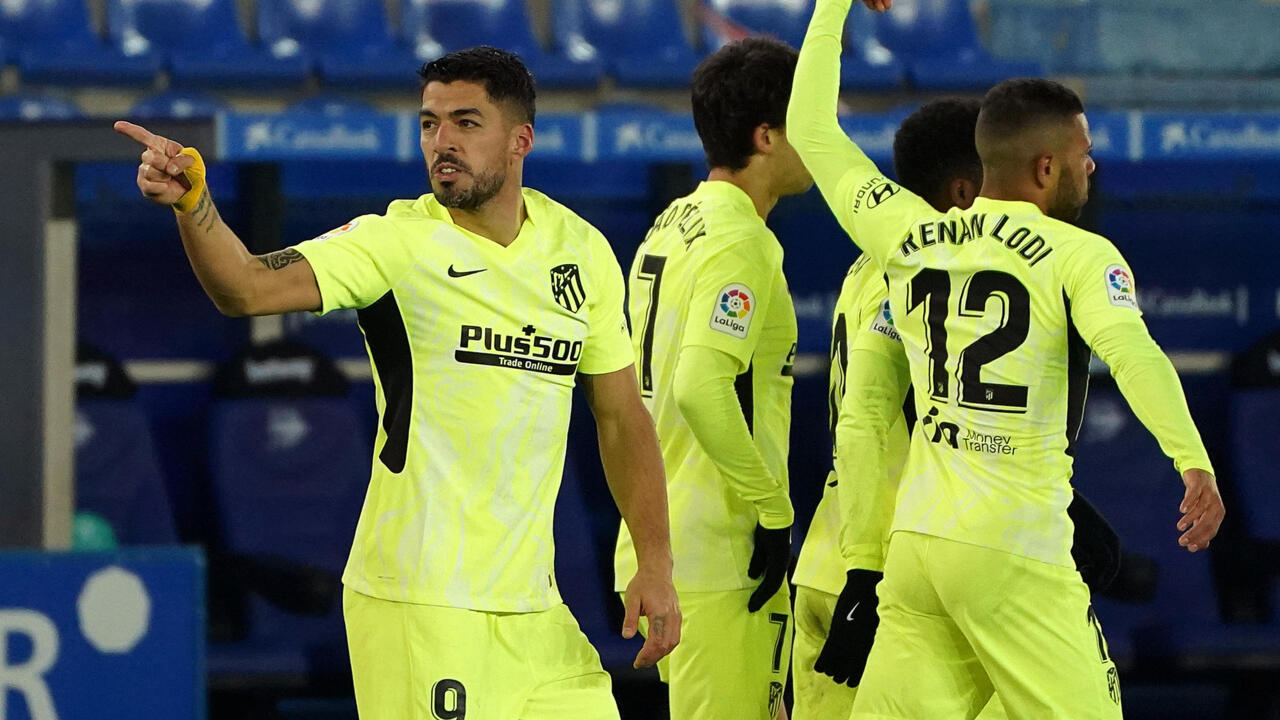 • Liga: Atlético keeps the lead but is scared

Atlético Madrid striker Luis Suarez got his team off the hook on Sunday against Alaves.

With Marcos Llorente's opener in the 41st minute, Diego Simeone's players seemed to be in control.

But after several Madrid failures, Alaves came back to the score in the 84th minute of play, on a goal against his camp Felipe.

Luis Suarez ended up delivering his own by scoring his ninth goal of the season at the very end of the match by taking a cross from the Portuguese Joao Felix at the far post.

With this fourth victory in a row (1-2), Atletico de Madrid retains its advantage of two points ahead of Real Madrid, with two games less.

For its part, Barça also struggled to get rid of Huesca (0-1).

Lionel Messi's teammates finally came to the end thanks to Frenkie De Jong, the only scorer of the match served by Leo Messi, in the 27th minute.

Thanks to this success, FC Barcelona goes back to fifth place, eight points behind Real Madrid second, and 10 behind leaders Atlético Madrid.

Yet deprived of several positive players for Covid-19, Manchester City largely won, Sunday, on the lawn of Chelsea (1-3).

The Blues had a good start, however, dominating the first quarter of an hour of this match until Ilkay Gündogan opened the scoring in the 18th, Phil Foden scored the goal of the break three minutes later and Kevin De Bruyne finished Chelsea 0- 3 to 34th.

Callum Hudson-Odoi only saved the honor of Chelsea in the last moments of the match (90 + 2).

With this victory, Manchester City moved up to 5th place in the standings and Chelsea fell to 8th position in the Premier League.

Leicester also resumed its forward march by winning over Newcastle (1-2).

This success allows the formation of Brendan Rodgers to temporarily regain third place in the standings and to remain in the race for qualification for the next Champions League.

Led 2-0 at the break by relegation Mainz, the Munich overturned the match to win 5-2 on Sunday.

This year, he could break Gerd Müller's historic record of 40 goals in a Bundesliga season.

After 14 days of the Bundesliga, the champions of Germany and Europe are now two points ahead of Leipzig, winner 1-0 in Stuttgart on Saturday, five over Leverkusen and eight over Dortmund, back in the Top 4 qualifying for the League champions thanks to his 2-0 victory on Sunday against Wolfsburg.

Even without Zlatan Ibrahimovic and even reduced to ten, AC Milan valiantly defended, Sunday, his chair as leader of the Italian Championship on the ground of Benevento (0-2).

Second after the victory of Inter (6-2) against Crotone, the young team of Stefano Pioli aimed to recover their place.

The mission was fulfilled after Franck Kessié's opening goal on a penalty in the 15th minute and Rafael Leao's break goal in the 49th minute.

For its part, Juventus, failing to control everything, has nicely revived after its defeat against Fiorentina (0-3).

Cristiano Ronaldo, author of his sixth double of the season in the league (31st, 70th) and passer for Federico Chiesa (49th), is still there for a lot.

With 14 goals, he consolidates his position as top scorer.