Djurgården won the first duel - decided on a penalty

Djurgården won the first duel in three days against Växjö. After a strong first period, Jacob Josefson decided on a penalty. - I tried to shoot at the picks and missed the shots, but it worked. 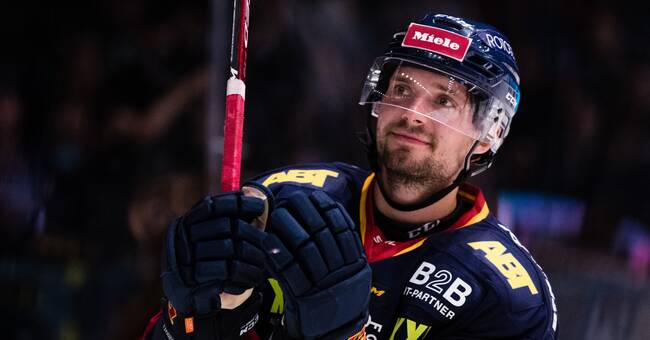 On Saturday, what time is it for the first meeting of two between Växjö and Djurgården.

The match went to extra time where the away team's star Jacob Josefson decided on a penalty.

- We have gained better self-confidence so we just have to build on that, he says to C More.

"The best thing was that the period ended"

Djurgården was the team that started best.

Manuel Ågren was back in the squad and gave his team the lead after seven minutes.

Before the end of the period, Bobby Nardella made it 2-0 and Djurgården won the shots with a full 13-4.

- It is a very bad period right through.

The best thing was that the period ended, says Växjö's Robert Rosén to C More after the first period.

But the home team came back.

2-1 came five minutes into the second period in powerplay.

Andrew Calof tricked Viktor Fasth into the home side's goal and played Jack Drury who could push the reduction into the open box.

- We started to be careless in others and they came into the match.

We played well in the first and completely okay in the other two, says Josefson.

Calof then had to equalize in the middle of the last period, also that goal in powerplay, and took the match to extra time.

But once there, Djurgården was stronger.

- We play cockier, with more weight and a little easier in certain situations, says Josefson about Djurgården's latest matches.

Loss for Växjö meant that the fine home suite stayed on 11 straight games without a loss.

The teams meet again on Monday, in Växjö, where the home team gets a chance for revenge.