Calle Halfvarsson far from the goal

Calle Halfvarsson followed up yesterday's 29th place in the sprint by becoming 21st in today's mass start over 15 km classic in the Tour de Ski in Val Müstair. 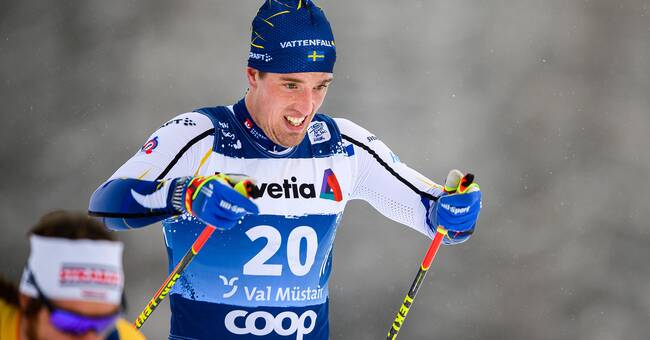 The placements are far from the goal that Halfvarsson had before the tour, when Sågmyraåkaren talked about the top five.

- That Calle can turn the race around is a bit promising even if he is far from where he wants to be, says the expert Anders Blomquist.

Halfvarsson, just before William Poromaa, was 1.22.7 after winning Alexander Bolshunov.

- The times when Calle rode best are when neither he nor anyone else had any expectations, says Johanna Ojala.

William Poromaa had done the best of the Swedes before the tour where he is a debutant.

- It was tough and heavy but it felt pretty good even though I was too far down when the train left, says William Poromaa who had a good feeling.