The virus canceled an NBA match

The NBA barely had time to vomit for this year's season before a match was canceled due to the corona virus. The Houston Rockets could not field enough players against Oklahoma - and star James Harden will be fined for violating the quarantine rules. 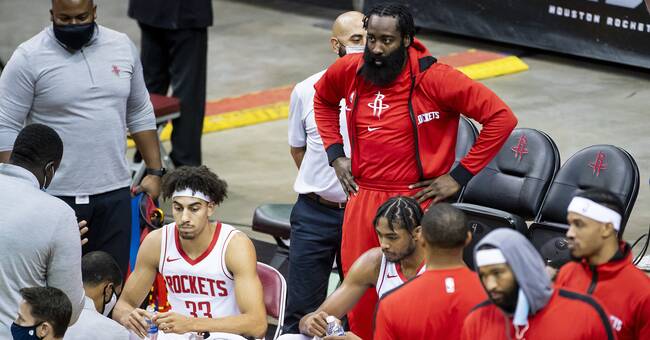 The North American professional basketball league premiered for this year's delayed season as late as the night of December 23, Swedish time.

On the night before Christmas Eve, another 13 matches were to be decided, but only twelve were blown away.

In Houston, there was never a match between the Rockets and the Oklahoma City Thunder.

The reason: Houston could not line up with a full team due to the coronavirus.

Prior to the match, three players provided positive or unclear test results for the virus and were not allowed to play.

They thus joined four other players who were already in quarantine after possibly having had contact with infected people.

In addition, one player is injured and so, just hours before the start of the match, star James Harden was banned from playing, as he broke the NBA's quarantine rules earlier this week.

He was revealed after being caught on pictures taken at an indoor party, where more than 15 people, which is the allowed limit, participated.

Thus, the Houston Rockets could not line up with the eight players a team must register for an NBA game.

The match will now be played at a later time.

James Harden is one of the league's biggest stars and was named the league's most valuable player as late as 2018.