Big Rami spends the budget of the Egyptian Federation of Bodybuilding every two months ... You know his food! 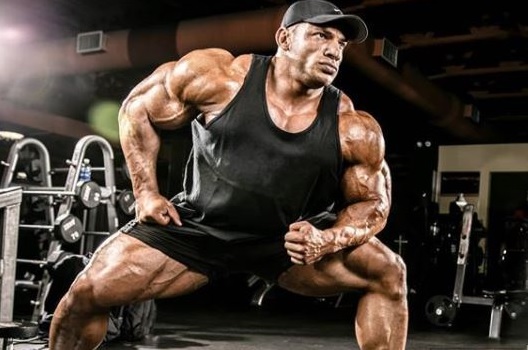 Big Rami spends the budget of the Egyptian Federation of Bodybuilding every two months ... You know his food!

Fahim said in statements reported by the Egyptian media, including the website "The Seventh Day": "The Egyptian Bodybuilding Federation does not spend on Big Rami, but its responsibility is to spend on amateur activities and championships only."

He explained: "The budget of the Egyptian Federation amounts to half a million pounds per year, which is an amount that does not cover the expenses of two months of spending Big Ramy on nutritional supplements, vitamins, food and training as well, and it is the amount covered by major giant companies."

For her part, Marwa Abdullah, wife of "Big Rami", told "Sada Al Balad" newspaper: "He has a specific diet, and every week changes a new and different system over the previous week," adding: "All he eats at home and does not eat any food from outside."

She explained: "Her husband's daily routine is very difficult, and it is difficult for someone to endure as he is required to train him on a certain eating regime. He cannot change one gram of it, and he eats six meals a day for eight months, and exercises twice a day, and everything goes with Rami with great precision." ... if he slept for an extra hour or fell short on something, he would say: (When you see me falling short in need of me, take me back and count me so that I can make my daughters proud of him).

Big Rami had talked about his nutritional program in which he eats three meals before training and the same after training, provided that the amount of food is specific and studied in grams, and varies as the championship approaches and moves away, indicating that he focuses on foods that do not include any manufactured materials "plain" and he moves away About pepper.

Who is Big Rami?

He was born on September 16, 1984 in Kafr El Sheikh Governorate.

He graduated from the Institute of Social Work in Kafr El-Sheikh and worked as a fisherman.

The huntress was the source of his family's work.

He worked in Kuwait in the fish trade, and from there he went global.

- First place in the New York Professional Championship in 2013.

- first place in the