Another epic record of Bailey was tied, and it was Messi who uncovered it.

Another record that was once regarded as difficult for anyone to touch, was eventually taken by Messi. Data Map: Messi   On the morning of the 20th, Beijing time, in the La Liga match between Barcelona and Valencia, Messi scored a header before the end of the first half. Official statistics were his 643th goal for Barcelona. At this point, Messi tied the single club goal record held by "the k 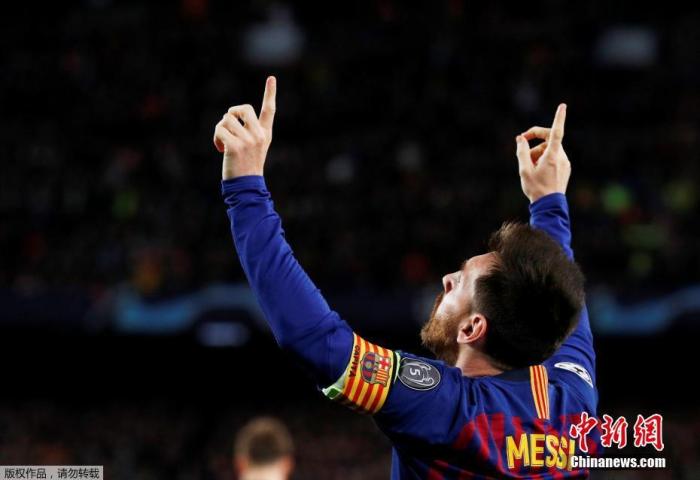 Another record that was once regarded as difficult for anyone to touch, was eventually taken by Messi.

On the morning of the 20th, Beijing time, in the La Liga match between Barcelona and Valencia, Messi scored a header before the end of the first half. Official statistics were his 643th goal for Barcelona.

At this point, Messi tied the single club goal record held by "the king" Pele, ushering in another milestone.

The historic moment appeared in the first half stoppage time of the campaign.

Messi sent a direct pass in the counter attack, and Griezmann fell to the ground under Gaya's defense in the penalty area, and the referee took a penalty kick.

Messi's penalty kick was saved by the goalkeeper, but Alba got the ball from the left side of the penalty area and then passed it. Messi scored a header from close range.

This was Messi’s 643 goal in Barcelona’s career, tying the single club goal record held by Pele.

Pele's record was set in the last century, and his feat at the Santos Club in Brazil was considered one of the most difficult to reach in football.

In the football world, 643 goals are astronomical.

How many familiar superstar shooters can hardly reach this height.

For example, Henry, the grand slam of football honors, the well-deserved king of the gun king, one of the best forwards of this century.

The total number of goals scored by his club ended up at 360...

Therefore, I can understand why the "ball king" Pele will show so much admiration and respect in his blessing to Messi.

Bailey said: "Beware of love in your heart, it will be difficult to change the path under your feet. Like you, I know what it feels like to wear the same jersey every day. Like you, I know there is nothing more like home. it is good."

There is nothing more to demonstrate the historical status and value of a professional player than recognition from the "king of the ball."

From the childish boy who was lifted up by Ronaldinho on his shoulders, to the golden ball winner who led Barcelona with the "six crown" honor, and now it has gradually become a historical symbol of the club, Messi One step at a time, this brilliant 643 puzzle was completed.

The significance of Messi to Barcelona, ​​needless to say; the story of Messi and Barcelona continues.

Maybe in the next game, Messi will surpass Pele, create a new single club goal record, and make another strong mark in his already brilliant Barcelona career.

Messi was selected as the best team in the history of the Golden Globes Picture source: "French Football" official social platform

However, after the turmoil of this year's transfer period, no one dared to say that Messi's fate with Barcelona will not come to an abrupt end at some point.

This story, which has been told for almost 20 years, will there be an ending that makes everyone smile.

At the just-concluded FIFA year-end awards ceremony, Messi was selected as the FIFA Team of the Year for 14 consecutive years, but he missed the title of "World Footballer".

However, compared to Lewandowski's help Bayern Munich to win five titles including the Champions League and Bundesliga, Barcelona and Messi have nothing but a lonely back.

Data map: Once MSN, now there is only one person left

Messi still contributed, but Barcelona failed to win and eventually drew with Valencia 2:2.

In the La Liga standings, Barcelona temporarily ranks fifth, 9 points behind Atletico Madrid, which has one less match.

In the UEFA Champions League knockout, Barcelona drew to Paris, which reached the final last season.

If this season's La Liga giants finally ended with a zero championship, I am afraid that even some diehards will not be surprised.

Football is not a one-person battle.

As Bailey said, in today's football, there are fewer and fewer stories to accompany a club like him and Messi for a long time.

Because of this, many people hope that Messi can stay in Barcelona until his retirement.

But no matter how you plan for the future, Messi, who is 33 years old, can no longer be the same as ten years ago.

Words such as Japanese Fangsheng are used to describe young people.

Thinking about it, there is always a sense of disappointment-for the fans, it seems that there is only one sentence left and cherish it.