Memphis Depay helped Olympique Lyon on Saturday with a panenka penalty kick to a big victory at OGC Nice (1-4) and the lead in Ligue 1. In Italy Cristiano Ronaldo scored twice for Juventus at Parma (0-4) and in Belgium John van den Brom also won with KRC Genk. 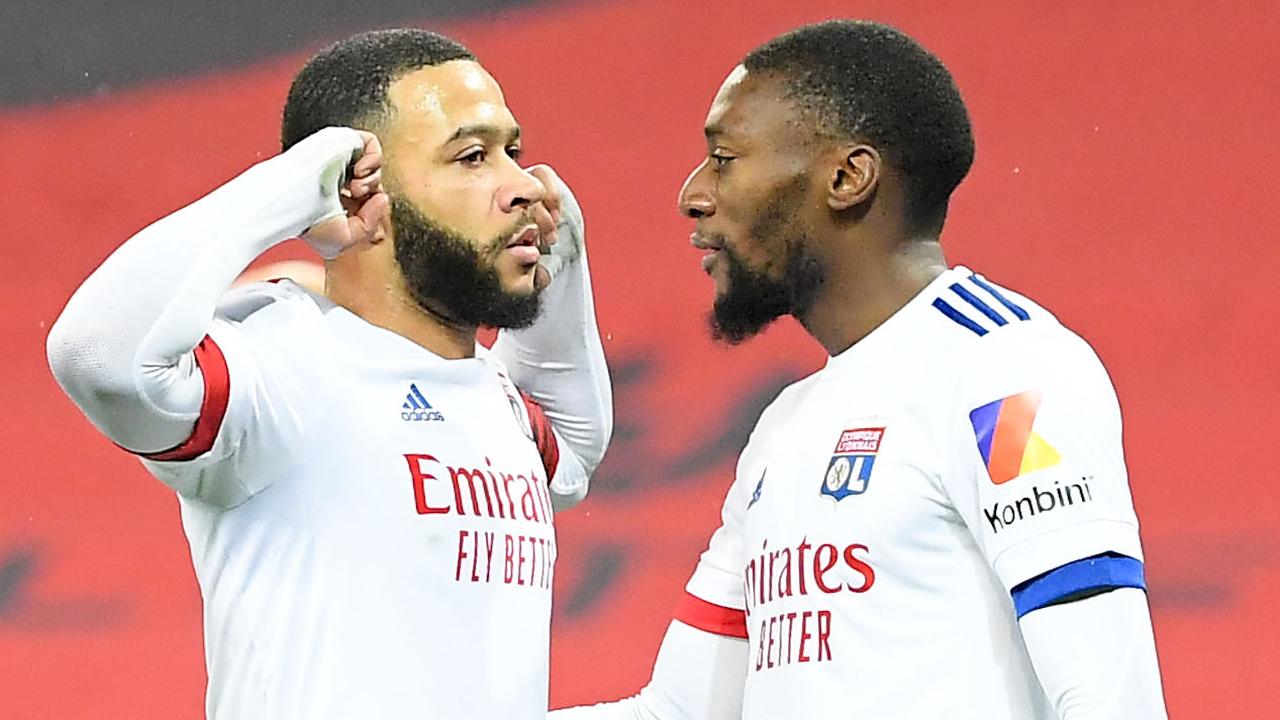 Memphis Depay helped Olympique Lyon on Saturday with a panenka penalty kick to a big victory at OGC Nice (1-4) and the lead in Ligue 1.

Memphis gave Lyon a brilliant lead in Nice after just over half an hour.

The Orange-international scored the ball beautifully from the dot in the top right corner and made his eighth competition goal.

Moments later, Tino Kadewere doubled the margin, after which Amine Gouiri took care of the tying goal just before half-time.

In the second half, Karl Toko Ekambi and Houssem Aouar secured the three points for the visitors.

Memphis was substituted in the final phase.

With the victory, Lyon is at least for a day the new leader in Ligue 1. The lead over number two Lille OSC, which still plays the top match at home against number three Paris Saint-Germain on Sunday, is one point.

View the results, the standings and the program in Ligue 1

The 35-year-old attacker made the 0-2 halfway through the first half with a beautiful header.

He towered over Parma's defense and placed the ball with his head in the left corner.

Shortly after the break, Ronaldo was again accurate.

He pushed the ball into the far corner and scored his twelfth league goal of the season, making him the only top scorer in Serie A. Juventus' other goals came from Dejan Kulusevski and Álvaro Morata.

Matthijs de Ligt also found the net for 'De Oude Dame' after an hour of play, but the goal of the Orange-international was rejected.

The ball had already passed the end line at a corner.

Thanks to the victory, Juventus is more firmly in third place.

The reigning champion is one point behind leader AC Milan and as many points as number two Internazionale.

Milan will visit Sassuolo on Sunday and Inter will receive Spezia.

In Belgium, Van den Brom recovered with KRC Genk from the defeat against Anderlecht (1-0).

The Dutch coach saw his team win 2-0 at home against KV Kortrijk.

Gerardo Arteaga opened the score for Genk in the first minute.

Genk climbs to second place due to the victory and is two points behind leader Club Brugge, which is still playing at home against KAA Gent on Sunday.

Club Brugge has already played as many matches as Genk.